Plumbing
Mold Testing and Remediation
Upholstery Cleaning
Carpet Cleaning
Basement Remodeling
Kitchen and Bath Remodeling
Homebuilders
Garage and Shed Building
Handyman Services
Ceramic Tile
Licensing
Bonded
Insured
All statements concerning insurance, licenses, and bonds are informational only, and are self-reported. Since insurance, licenses and bonds can expire and can be cancelled, homeowners should always check such information for themselves. To find more licensing information for your state, visit our Find Licensing Requirements page.
Business Details 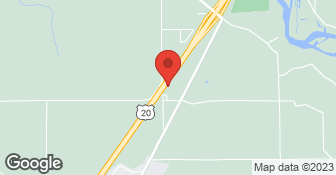 Advanced Cleaning and Restoration is locally owend and operated out of the Rigby Id. and services all of southeast Idaho. We specialize in flood and fire damage but can do any home repairs or remodels that you are interested in. Our company is growing on honisty and integrity and we what to keep it that way. The customer comes first. We are avalible 24 hours a day for emergency services....

When it comes to residential remodeling, you need to select a professional team you can rely on. The simple fact of the matter is that for most people, their home, whether it be a house or condo, is their most valuable possession. It makes sense then that when you go to the effort of upgrading your home, you pick a team who can do it all. H & E Construction is that team.

We are a local owner operated tile and stone installation business. We do floors, walls, showers, backsplashes, chimneys, exterior stone, and more. Happy to help with your dream remodel or new build, we believe "The difference is in the details," and that you will be able to see the difference.

DESCRIPTION OF WORK
City sewer backed up and flooded into our basement, 10pm. Advanced responded promptly, despite late hour, and worked for 5 hours until City workers were able to clear blockage in main sewer line. This service from Advanced was very appreciated, and that portion deserves an A rating. However, the remainder of cleaning services were fair at best (more on that later), and we were UNABLE to obtain any type of quote for actual restoration costs directly. The company instead repeatedly told us "they would deal with it" and "they will work with insurers to determine cost." I met with them at a local flooring store and when asked about prices of carpets, they would look away and say "it depends"...and when I said I wanted a brown carpet, was told "they don't really make that kind anymore." ???!!! When we finally received a 'quote' from Mr. Taylor (after doing an entire walk through of restoration work we desired...a SECOND time), it had no prices on it, just "square inches" or "square feet" of requested work. Ridiculous. We had to do further sanitizing work on our own, and pull out additional walls where mold and moisture was not mitigated correctly, as well as pull out the tiles that were in the bathroom where the flood began, as those were left in, and had sewage residue left under them. The company has since split into two, but I would use either company with extreme caution.

Excellent service, completed in a timely, professional manner. Room looked as good as new when work was complete

DESCRIPTION OF WORK
Had water seepage in basement with mold present. One bedroom only Mr. Taylor arrived promptly after we called, assessed the damage and recommended a course of action to alleviate the problem. The crew arrived the next morning, on time and proceeded to clean and repair the damage

DESCRIPTION OF WORK
I've used this company 3 times. The first two times, the work was done well with professional service. The third time we called them back after 2 weeks for a free reservice as promised on their invoice because our system backed up again. I was at work so my wife called them out and the guy tried to tell her we needed additional work because he "didn't have the proper equipment on the truck" which would have been costly. After he made several "calls to his boss" he insisted the only solution was expensive repairs. My wife called me at work and I had to come home from work to see for myself. I had to argue with the guy who was rude and kept interrupting me. I ended up having to demand that he snake our pipes again and refused to pay for it per their guarantee, he begrudgingly performed the service which took care of the problem. I feel he tried to take advantage of my wife and as a result I will never use them again. I rated them a C because the first 2 times were good. The last time I got a bad employee. Beware!

After the service we relay the information back to the bank.  They agree to negotiate but the range is two large and they need a more precise quote on the work to be done before further negotiations.  So we contact them again for a more precise quote.  Nothing but the run around for 2 days.  Then finally get a hold of the owner of the company.  His response is we won't give you one until we open i...

DESCRIPTION OF WORK
We had the drains under a house we were looking at purchasing checked so that I would know more of what I was getting myself into when purchasing the home from a bank.  They cut off the access cap to access the drain.  Because it was so old that it wouldn't turn any more.  I can understand that.  A little annoyed that I had to pay extra for that but I can live with it.  As long as they don't gouge me for all of their other work.  Then they put their scope in and determine the state of the drain.  They find some issues.  So the next logical question is...how much to fix it.  You know something I think they should be able to do considering I have paid them to this point in the process.  Now is where it gets interesting.  The house is a corner lot with an alley along a side.  So I ask how much.  The response is well if it goes to the alley X and if goes to the street Y.  Where Y is twice as much as X.  So what is the next logical question.  So where does it go the street or the alley.  Easier to negotiate with a bank if the number is a little more fixed.  Won't tell me, he doesn't know.  Not sure how that is possible but hey maybe he doesn't.  He packs up and leaves.

Mike Taylor and his team reponded very quickly and did a great job cleaning up the mess and working with me and my insurance to get everything back to new.

We provide a number of services that include water and fire damage from the start to the finish. We work with all insurance companys. We also do remodels from small bathrooms to the hole house, non to small or big. We are licenced general contractors that can build your next house or add a new shop or garage.