Handyman Services
Doors
Kitchen and Bath Remodeling
Garage and Shed Building
Deck Maintenance
Fencing
Drywall
Licensing
All statements concerning insurance, licenses, and bonds are informational only, and are self-reported. Since insurance, licenses and bonds can expire and can be cancelled, homeowners should always check such information for themselves. To find more licensing information for your state, visit our Find Licensing Requirements page.
Business Details 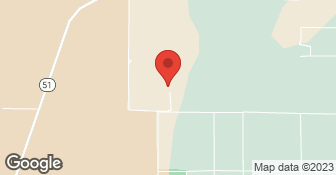 I specialize in window cleaning, gutter cleaning, and pressure washing of houses- fences- driveways. I have over a decade of experience in the trade and guarantee my work. Have flexible scheduling and am very dependable.

I provide you with a direct link to Pella products. I will save you hundreds. I have complete control over the install process therefore you get the best possible workmanship. You will receive the warranties and benefits that the large remodeling companies offer without the huge mark-up. I will save you hundreds per window and door. Its just simple math. On one hand you have a large remodeling company with an out of state Corporate office. A portion of every dollar you spend with them is split between 8-10 people locally then the remainder goes to the Corporate level and is split between CEO types and Owners. With Johnstone Carpentry & Construction, the premier, locall, family owned remodeling company your dollar is split less which equates to higher confidence and quality.

First of all, he got about half way done and then randomly decided he wanted to go dirt bike riding with his friends in Utah. He was supposed to be back ina couple of days and didn't show up, so I called him. He told me that he had gotten sick. I told him that when I was working and I got sick, I had to call in and if I didn't I would get fired. He said, "That's why I work for myself." I said, "Yo...

DESCRIPTION OF WORK
He was supposed to remove carpeting and install wood laminate flooring. Brian also over measured the flooring and he had to return the extra. I asked him where the credit money was. He kept it and said that is how he makes money. This mans name is Brian Raber.