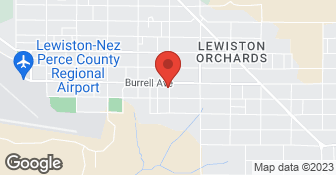 DESCRIPTION OF WORK
Price was at the same level as competitors. Work was done on time with no additional charges

DESCRIPTION OF WORK
Cleaned vents & installed new furnace.  We've had Mike's do all our work - they are very good.

DESCRIPTION OF WORK
Had these guys check out a commercial walk in cooler that was having a problem with leaking and not cooling properly. The initial check out was completed in a timely manner and an estimate given. After we ok'd the repairs, it was another three days, (Friday afternoon), before they called back. They wanted a deposit before they'd order the parts and didn't tell us when the estimate was given three days earlier. After the deposit was dropped off on the following Monday, (because they closed before we could get there on Friday), it was another two days before the part was ordered and the following Monday before the repairs were done. We had to call them on Tuesday to find out if the repairs were completed and the system was functioning correctly! Worst of all, this is a commercial cooler in a business and it was down for almost two weeks because they wouldn't contact us to let us know what was going on. The quality of the work performed was good, but they were rude on the phone and tried to accuse us of being the reason that they didn't get the part ordered on time. |Unfortunately, the HVAC contractors in this area are all about the same as far as timeliness goes, so it's the lesser of evils as to who you have to use to get the job done.