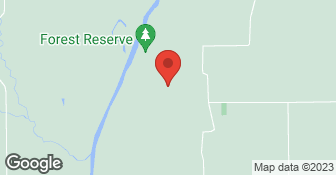 Window Depot USA of Eastern Iowa has been in business since 2009, in 2010 Window Depot opened another office in Dubuque, IA. A Locally owned and operated family business, we make sure you are satisfied customers when your home project is completed.

We are a revolutionary window company that gives FREE estimates by phone and email in approximately 5-10 minutes. You will always deal with the owner. No money down. You don't pay until your windows are installed and you are 100% happy. We will be here to walk you through every step of the process and we are confident in our high quality installation. We make purchasing windows EASY & AFFORDABLE and ensure the highest customer satisfaction.

Buresh Home Solutions, Inc has been serving Iowa home owners for over 13 years. We are committed to earning your business by offering our customers more choices to meet their needs and budgets. We are pleased to offer all Angie's List Members a 5% discount up to $500.00 on their next home improvement project . We offer a variety of financing programs and in many cases can finance the entire project or offer no interest programs as well. Our team is made up of dedicated professionals committed to exceeding your expectations. With over 50 years of combined experience, our specialized crews will take care of your home as if it were their own.

DESCRIPTION OF WORK
He give us a list of items we were to buy which was everything but the windows that we wanted to purchase and he told us he would not install them but he bought his windows from a company and his wife was with him and she told me that they have the windows and she liked them.  We made a mistake by not going to pick out what we wanted.  His work done is poorly applied.  The windows are not level and our one door is hanging down lower on the door side and prevents the lock from working unless you pull the top closed.  He told me when he came to start that the windows which he called and said he needed $13,000 to order cost more.  When I brought it up to my husband in front of him he said NO NO NO.  He charged us $13,000 for windows he paid $6259.50.  The last day he was here he told me he had to purchase something to finish the job and I asked him that day for a itemized bill and a copy of the receipts.  He wanted to know why I needed it.  It is our right to have it is what I should have said but we did need to see the price for one window as we knew we could get it paid for as it was broke by our grandson and his SSI should pay for it.  We filed a complaint with the BBB but have not heard a thing as of yet.  As I said we paid him $26,925.91 - he charged us $13,000 for windows that cost him $6259.75 which is a difference of $6740.25.  The amount he told us he charged for labor for himself was $35 an hour and his helpers were much less but after filing a complaint with the BBB he said one of his helpers also got $35 and we have proof of all of this.  As far as I am concerned he owes us the difference in what he paid for our windows and what he charged us as we need to hire someone else to come out and finish his unfinished job that he never came back to finish and to correct all his mistakes.  We spent quite a bit of money purchasing all the rest of the supplies to have him to such a crappy job.  Nothing's level.