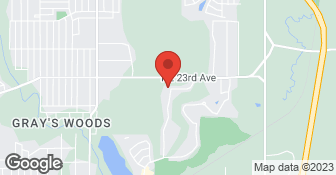 WE ARE A SUNROOM COMPANY OFFERING MANY HOME IMPROVEMENT PRODUCTS...

Local Family Owned Business operating on integrity and honesty for all your Roofing needs. We are striving to "Build Iowa's Trust with every roof". After years of experience in the residential and commercial roofing industry, our family decided to do what we know best - honoring relationships and customers, performing quality work, and respecting your hard earned income. Our projects also include limited LIFE TIME warranty on workmanship. Roof Iowa is continually voted as Ankeny's Best Roofer!

Genesis Roofing is a family-owned and operated roofing company providing outstanding service to residential and commercial customers in Des Moines, Iowa and the surrounding area. Genesis Roofing is innovative, imaginative, experienced and we offer lifetime warranties on all our roofs. We offer a comprehensive array of products and services, including new and complete re-roofs. Genesis Roofing products and services include: • Lifetime asphalt shingle roofs • Wood shake roofs • Skylight repair and installation • Wood and vinyl siding • Leak repair and inspections • Ventilation systems • Snow and ice removal and storm damage experts At Genesis Roofing, customized and affordable solutions are our specialty and we provide an unrivaled emergency repair response time. We take pride in our clear communication with customers and the clean-up work we do after completing a job. Be sure to ask about our available spring and summer specials. We are proud to be an accredited business with the Better Business Bureau. Call Genesis Roofing today for a free estimate.

We are a small finish carpentry business We have the experience and dedication to bring your dreams to reality! We strive for your satisfaction, and we won’t leave until the job is done right. Call or click to schedule a free estimate today!

DESCRIPTION OF WORK
We are working with Rick Carlson, owner of Sunroom Escapes for the addition of a sunroom to our home. The work is not yet complete, however, I did want to say how happy and satisfied we are so far with our dealings with Rick. He is courteous, friendly and sincere. When he tells us something, he follows through; he is concerned with detail and wants the project to be correct; he has given us wonderful advice regarding places to shop for additional items needed for our project. As the old saying goes, "so far, so good!"

We got 3 estimates but chose Sunroom Escapes because of price and being able to customize size of the room and the quality of the windows and door and also the professionalizm of Rick helping us to decide on our choices. Rick was there everyday to help or oversee his crew who were also very friendly and knowledable. After almost 4 years we have had no issues with the sunroom and consider it our ge...

DESCRIPTION OF WORK
10 x 20 Four Season Sunroom with supports, insulation and all leveling done from the ground up.

We got estimated from 3 vendors. Sunroom Escapes was chosen due to 1) favorable price, 2) quality of the windows and room components, and 3) flexibility in customizing to meet our needs. Construction progressed as promised. Insulation was installed under the deck flooring and closed in below the insulation. The crew were experienced and friendly. Rick, the owner, was very accommodating and easy to...

DESCRIPTION OF WORK
16 x 24 Four Season Sunroom installed on existing deck. The deck was reinforced including eight additional support posts in concrete and leveled before the sunroom was built on it.

We discovered Sunroomescapes at a Homeshow, we got an estimate from them and one other contruction co.. We chose Sunroomescapes because the owner of the Co. came out to give us an estimate for a 16X16 4 seasons room with no pressure to buy. Rick was professional. We had an existing roof and floor supports because it was previously a screened in porch and all the supports were not exactly square. T...

DESCRIPTION OF WORK
A 16x16 4 seasons sunroom was installed

VERY POORLY. The project did not start on time. It took months to pass city inspection. French doors were installed crooked and not shimmed. Paneling was installed off center and backwards. Heating and cooling unit did not work because it was installed incorrectly. The deck was built poorly and needed to be rebuilt, but still was not done the way I wanted. The spindles and posts were not spaced co...

I'm Rick Carlson owner I hired a salesman named Ron Williams who sold Mark the room the was priced very fair for a 16x16 those rooms are normally 32,000 to 36,000 Ron Williams hired a subcontractor to build the room and the subcontractor did do some things poorly when I was notified of this I stepped in right away to correct the problems we corrected everything he wanted us to I also gave him 1,60...