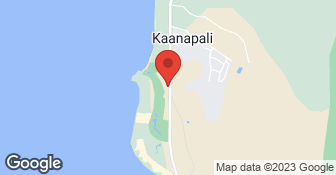 DESCRIPTION OF WORK
This is the management company for rentals in Kaanapali Shores. Making the reservations went well. The problems started on the day of our checking in. If not for the people at the front desk (who were not actually responsible for the unit), we would not have had been able to check in. The manager of the building had an emergency contact since the code for the key would not open the lock box. The emergency person after we explained the problem replied with "So what's your problem"? I admit to loosing my cool with that comment but eventually was given another access code and we were able to check in. I emailed both the management company and owner of the unit asking that they get in touch with me to address our small problem of check in. I was assured two days later that the person at the management company would email me and the owner with a response. Got nothing and again I called and was told that the office manage Mark M. would be in touch. We checked out on time at the end of our stay and a few days later I contacted Whalers Realty and was told the same, "we will get back to you" In addition the person asked how we liked the flowers that were sent to us. No flowers were received I replied and there was a dead silence on the other end. I have sent several emails and left messages with the management company and to date, Feb 1, 2010 I have gotten no where. Maui and the fact it was my first trip was a wonderful experience that should not be missed. However, NEVER, EVER do business with this company as they have a terrible way of responding to what was originally a small issue. I can only hope that the owner will stop doing business with this office as well.