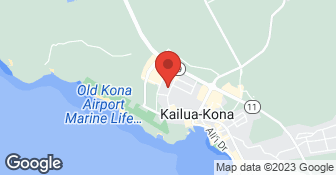 DESCRIPTION OF WORK
Work was done well. Tech suffered a back injury and was out for a couple days, so work was not done in a timely manner, but company picked up rental car charges caused by his absence. Inconvenience is the difference between B and A.

They were great. I just had the best experience with them. They're very prompt. They have really amazing service. They always find good coupons if they have any savings to give you breaks. They always keep you updated to know how the service is progressing, if its a little bit longer. When they tell you its two hours, its always at two hours. They vacuum car and clean it. Its a pleasure to deal wi...

DESCRIPTION OF WORK
They did a major service with changing brake pads and all different thing like rotation of tires. I just went for maintenance, I think 12,000 maintenance.

They are over priced compared with other repair services. They seem less professional, and I have received faulty diagnosis from them.

I went to Big Island Toyota to buy a new Prius and was told that they didn't have any on the lot but had two coming in in a month. The salesman suggested that I put my name on one and a deposit of $2500. because they sell them as soon as they come in because of the high demand for this car. I was told that I could trade in my other Toyota towards the price. When the car arrived a month later' I br...

DESCRIPTION OF WORK
Big Island Toyota did not want to take my used Toyota ( that I had bought from them new ) as a trade in on a new car.

Well, they certainly performed the service of diagnosis, but were they wrong--all the way to where I think they were trying to take advantage of us.  For the $97.00, they reset the lights, warned me that the central processing unit computer chip had failed and that it needed to be replaced at a cost of $2300.00.  When I balked at that, since the car ran perfectly except for the warning lights, the...

DESCRIPTION OF WORK
I took my sister's Toyota (which was purchased at this dealership) in because the "Check Engine" light, and the "ABS" lights and the dashboard all lit up like a Christmas Tree.  Big Island Toyota Kona inspected the vehicle, diagnosed the problem, and provided an estimate for repair.

General Information
Bonded
No
Insured
No
Free Estimates
Ask for Details
Payment Options
Check, Visa, MasterCard
Senior Discount
No
Emergency Service
No
Warranties
Yes
All statements concerning insurance, licenses, and bonds are informational only, and are self-reported. Since insurance, licenses and bonds can expire and can be cancelled, homeowners should always check such information for themselves. To find more licensing information for your state, visit our Find Licensing Requirements page.