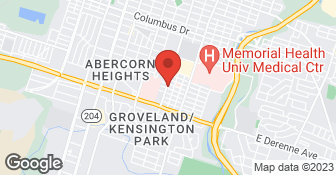 She is very professional and we learn a lot from each other. I like her staff.

DESCRIPTION OF WORK
She is my psychiatrist.

The reason for the appointment is explained above alongside the story.

DESCRIPTION OF WORK
My child was referred to this practice for a complete evaluation of milestones delays and speech delays. When we met her in one of the rooms, there were other four people in there, which do not provide us the privacy we needed with the doctor. They all start giving opinions of possible causes of its speech delays/milestones delays, though nobody mention to execute a standardized testing, and other types of testing (including observations/subjective testing) to determine the needs and possible causes of the problems. When I suggest to use objective testing alongside subjective testing to determine, that can provide us a diagnose/s, instead of a prognosis, Dr. Greenberg said that there were not standardized testing available for a 4 year old child and it was only possible to test it when it turn 6 years old, which it is not true. The only intervention she recommended was to see geneticist, which I do not oppose, though it should not be the ONLY element in a treatment plan tailored to a child with speech delays/milestones delays. It speech language pathologist was sensitive enough to reevaluate it to determine its needs in the areas she is trained to address (e.g. speech delays), though she can not do anything else concerning the other problems (e.g. milestones delays). It is expected from a developmental pediatrician to follow procedures that can provide accurate and clear information of a child's condition/s to its parents in ordewr to start EARLY INTERVENTION. Unfortunetely, that was not the case in our situation.

Dr. Doris Greenberg is a good doctor. I like that she's a lot more gentle on the kids than the regular pediatricians are. She won't force the kid to do anything that they're uncomfortable with and she gives them a lot of credit, she looks on the strong point instead of the weak point.

DESCRIPTION OF WORK
She's my daughter's developmental pediatrician. She got her diagnosis for autism for the last appointment we had with her.

terrible visit and will not be returning. she was not willing to listen to my husband and my concerns about our sons treatment.

DESCRIPTION OF WORK
management for my sons torets