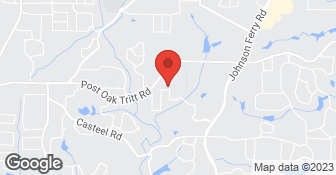 I was very happy with the work and the company's estimate was similar to the final cost.

DESCRIPTION OF WORK
After storms had dropped a bunch of large branches on our roof, I had searched around for a reliable company. A friend had suggested Robert Mollentz at Rhino Roof. I was worried that the cost may be higher, considering it was a smaller company. Our insurance was also giving us a hard time with what they would cover. I was very satisfied with Robert's estimate and inspection of the damage which needed repair. The work was done the next day and he personally discussed the work needed with our insurance. I only had to pay a minimal out-of-pocket amount. I will recommend the company to neighbors and friends.

Robert and his crew completed the job in half the time I thought it would take. They cleaned up the yard before they left. I was very happy with the whole process!