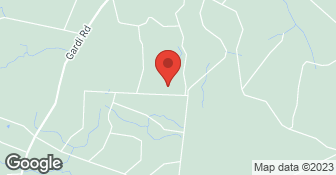 Work was completed satisfactorily but took a little longer than expected. Pulley was replace at a cost of $150 without prior authorization. Truck ran fine when dropped off and was misfiring when picked up.

Tried to rip me off but I was not stupid. Still over charged to put two tires on that I provided.

DESCRIPTION OF WORK
I took My car in to have two tires that I provided placed on the front of car. When I came to pick my car up they informed me that THEY broke a sensor in my wheel and had replaced it without notifying me and was billing me for the part. I refused to pay and advised them to replace the valve stem with one without a sensor. They did this and the charge was $50.00 to have two tires put on and balanced. Upon evaluation of the broken part I took it to Chevrolet who agreed with me that there was no reason the valve stem sensor should have broke and from the looks of it someone had beat it off and deliberately broke it. It is my opinion that the part had not been broken to start with but when I refused to pay for it they then beat it off and broke it to cover that fact up. Poor attitude of Joe the boss and the Mechanics look like a bunch of Illegals in very dirty uniforms.

They took the best mechanics of both places that closed down and opened an auto repair center. They are really dependable. They are reasonably priced. I know the guy that is running the place has been in the automotive business for over 30 years. He is very knowledgeable and he has a really nice office staff too. They are good people and we will continue to use them.

DESCRIPTION OF WORK
I use their auto repair services.