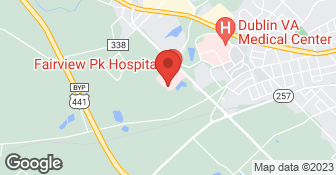 I went to the emergency room for breathing problems. They took me right away and started giving me oxygen and breathing treatments,  pulse, oxygen level and heart monitor. I was admitted into the hospital and the nurses were very good. They were friendly and professional.  They showed compassion and did what they could to make me feel at ease when I would get a shot or breathing treatment or regul...

DESCRIPTION OF WORK
Having trouble breathing, and thought I had a bad cold.

The facility is clean and well staffed. They are there to help you if you need it and the hours are very convenient. They are open early and close late.

DESCRIPTION OF WORK
I go to Fairview Park Hospital for fitness training.

DESCRIPTION OF WORK
My mother slipped on her porch and broke her ankle. So my father called 911 and they sent the ambulance to take her to Fairview Park Hospital. I arrived shortly after the ambulance to tend to my mother's needs since my father is disabled and can't be of much assistance in situations like this.

DESCRIPTION OF WORK
My primary care doctor sent me for blood work in the lab. He sends me at least once a year for general blood work since his offices are not set up for it.

Hospital ERs are notoriously slow, but FVPH has been promoting that they get you back even faster. The only difference now is that you sit in a cubicle in the back for hours instead of the waiting room. For Orthopedics it is well worth the trip to drive to Macon and see one of the practices there. Several of the ones there have after hours bumps, breaks and bruises clinics to alleviate the need fo...

DESCRIPTION OF WORK
My 8 year old son fell at school and broke his arm (on his birthday, no less). We went to FVPH ER to see about it.  We were taken right to the back, a nurse came in, my son was brought pain meds within 15 minutes and then we waited over two and a half hours to have the xray taken. Once the x-rays were taken we waited for another 30 minutes. The doctor finally came in and told me in front of my terrified child that his arm would need to be set, that they would have to start an IV and manipulate his arm (please note that he also added that it probably would not work and would be extremely painful). Needless to say my son melted down and was scared to death. We finally calmed my son down enough to allow them to splint his arm. They gave us a referral to their Orthopedic Surgeons. We arrived at the hospital on Thursday afternoon at 5:30, three xrays and a splint later we were discharged after 10 pm.