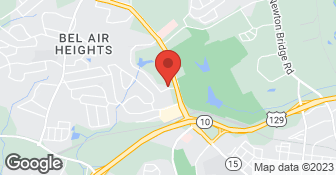 To see if this provider is board certified go to www.abms.org. There are 5 doctors at this site. Surgery is not performed at this site....

DESCRIPTION OF WORK
I was told that my appointment would be delayed by another hour, eve though I came in on time. So I told the receptionist I would be back in less than hour to buy breakfast at MickeyDee's. She didn't say that she had any problem with that. So I return with my breakfast sandwich in hand, and I inquire about my appointment again I get this attitude that I was impertinent to leave for breakfast, and that my appointment was cancelled so com back in three weeks. In the first place I could only get a very early appointment, so that I had to skip breakfast. I should think the arrogant son of a gun would be gracious as he had show himself to be tardy. Besides that my mother had seen him before, and he had taken my mother's frequent bladder infections to be an omen of possible cancer, which necessitated inserting an uncomfortable instrument in her urethra in 12 month intervals. My mother recovered her senses eventually, and refused to accept such orders. I found the whole idea to a mercenary way to generate fees at the unneeded risk of urethral infection rupture. The man can't wait on me to get an Egg McMuffin, but he'll make me rise early and hungry to make me wait on his high holiness, because he over-scheduled his patient load. He can go choke on a hard, dry biscuit for all I care.

His services were quite satisfactory.

DESCRIPTION OF WORK
I went to Dr. Mark Ellison for urology.