Primary Care - Family Medicine
Primary Care - Internal Medicine
Licensing
All statements concerning insurance, licenses, and bonds are informational only, and are self-reported. Since insurance, licenses and bonds can expire and can be cancelled, homeowners should always check such information for themselves. To find more licensing information for your state, visit our Find Licensing Requirements page.
Business Details 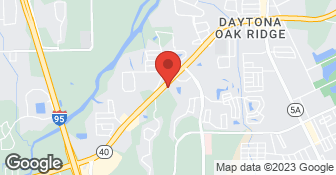 My appointment is always thorough and he always has my prescriptions ready for me when I leave his office.  The wait time is very reasonable and very rarely have I had to wait what has been a little long.

DESCRIPTION OF WORK
I go to Dr. Brown monthly because of the medication I take for narcolepsy and B-12 and Vitamin D and iron deficiencies.  He is very thorough and always makes sure I am up to date on all preventive care items such as bone density, mammogram, EKG, etc.  He also consistently does blood work on me to be sure everything is as it should be.  The office staff is excellent and he is very comfortable to talk to and listens to my requests or ideas about changes I might want to try.

I think the guy is really a fantastic doctor. He takes time to talk to me and has an interest. It is not just like, that I am paying money and he has about 60 sec or so to talk to me. He takes as much time as the patient needs. I think he has been great.

DESCRIPTION OF WORK
Dr. Brown is our primary care physician. He does prescription, diagnosis and physical checkup.

He's up to date on the latest procedures and he's very thorough.

DESCRIPTION OF WORK
I went there for my regular check up.

DESCRIPTION OF WORK
My wife was applying to get on Disability with Social Security and needed some information for the doctor.  She called and made an and told the receptionist what she needed and was told that she would need to schedule an appointment.  She went to the appointment and after waiting over an hour to see the doctor, she met with the doctor and he took the necessary paperwork from Social Security.   Her Disability representative called my wife and informed her that they had received the form back, not completed with a notation that the office does not complete such paperwork. We talked to the doctors office and they confirmed that they do not complete such forms but could not answer why they had scheduled her for the appointment or why they charged her and the insurance company for the office visit.  We requested several times that they reimburse my wife and the insurance claim but to no avail.  After complaining that this appeared to be insurance fraud, they said they would investigate.  After that time, we received nothing back indicating that they had reimbursed the insurance company and they did not reimburse my wife. DO NOT use this office.