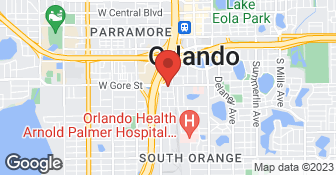 This limo service would be my # 1 choice in the Orlando area.

DESCRIPTION OF WORK
Transportation to & from a Wedding

AWFUL. The van was overloaded. Family was asked to get out and rearrange their seating to a less favorable place. The suitcases were stacked up so high that if the driver had to stop quickly or be in a wreck some of the suitcases would have gone over the back seat. However, the worst was this. We were staying in a Disney area complex that had multiple buildings. We were dropped off at the wrong lo...

I booked my reservation on-line which went smoothly. It was a little cumbersome at the airport to go to the ticket counter and get a ticket, rather than going directly to the curb. It was about a 10 minute wait for the van to arrive, and my stop was the first. On the return, the van was about 5 minutes late, but I was the last stop before the airport so I arrived in plenty of time (too much time a...

It went well but the first driver wasn't sure of where he was going and I ended up navigating. The second driver, on the way home, was sort of telling off the color jokes and it made us a little uncomfortable.

DESCRIPTION OF WORK
I used them last week for a hospital transport.

General Information
Licensed
NA
Bonded
No
Insured
Yes
Free Estimates
Ask for Details
Payment Options
Visa, MasterCard, American Express, Discover
Senior Discount
No
Emergency Service
No
Warranties
No
All statements concerning insurance, licenses, and bonds are informational only, and are self-reported. Since insurance, licenses and bonds can expire and can be cancelled, homeowners should always check such information for themselves. To find more licensing information for your state, visit our Find Licensing Requirements page.