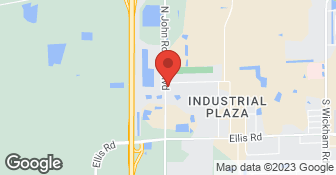 I tried to get a quote for a relatively large demolition/renovation job in Melbourne Beach and the owner told me that he was already too busy to take on additional work at this time.  It was refreshing to have a contractor know his capabilities before a job was even quoted.

First off, we had to pull the permits ourselves because the company did not send anyone to do it, delaying the start of work by a few days?which should have been a red flag. They would not cooperate with the HOA. The workers they sent out were a father and son who did not show up to do our project until well after 3pm (after working other jobs), and they would only stay about an hour or two. This ...

DESCRIPTION OF WORK
Our back porch and upstairs balcony on our townhouse leaked terribly when it rained, so we went with Anything Exterior to  re-enclose both spaces with screen and vinyl windows, and replace the sliding doors with french doors.

First, the homeowners did not pull permits themselves as they were not licensed to do so. We filed the notice of commencement and paid $236.00 for permit. If job delay by a few days pretty explainable as it was after the hurricanes and a few days was nothing back then! Second, all work was performed to code by skilled labors with certifications in doing said work. We were hired to turn a screen ro...