A Rated | 16 Reviews
Request a Quote 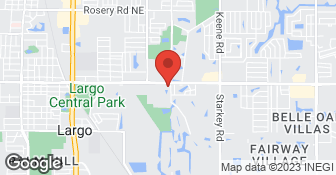 Locksmith - Visit Our Showroom - No use subcontractors - Experts in Commercial work and security electronics - We sell automotive transponder keys and remote controls....

The activity was completed by a Master Craftsman … very quick and clean.

DESCRIPTION OF WORK
Key four door locks to an existing house key and install them on site.

I chose them because another review on here said they charged $60 total to come out and let the customer in their front door. When the locksmith got here, he looked at my lock and told me the nature of the deadbolt would require him to drill it (which would be significantly more expensive, not to mention the cost of a new deadbolt). I decided to not have him do it, since I would have a spare of th...

When I was unable to remove a trigger lock from a handgun, I took it by the Largo Locksmith. Within a few minutes, he was able to get the lock to release, after which he removed it from the gun. I bought a couple of replacement keys and was charged only a small amount of money for his time and the keys.

DESCRIPTION OF WORK
Removed a stubborn trigger lock from a handgun.

He didn't do any work but he was very honest with me. He was very reputable.

DESCRIPTION OF WORK
Took a look at lock on my filing cabinet.

I recently had a renovation done to our home that added two new doors.  I purchased the door hardware from Home Depot and had them key the two new door locks and two new deadbolts to match the key on the existing front door.  The General Contractor installed the new doors and door harware.  The new door hardware worked marginally.  Sometimes the locks and keys worked but most of the time they did ...

A
146 REVIEWS
WINDOWS BY ZAGER