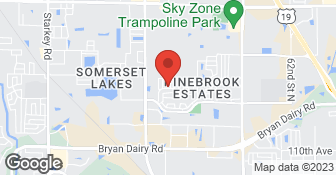 We are a locally owned company that can handle any needs in the Computer & IT Industry....

Fix My Computer On Site

Certified Technicians that do all repairs on site. Repairs are available for all Brands and Models for any Desktop Computer, Laptop Computer and Laser Printers. Our experience is over fifteen years on the field, so we are familiar with many repairs, and our prices are unbeatable. All service calls have a 30-day warranty.

bad, I will never do business with this company or person ever again and will tell anyone to stay clear of this guy and business.

DESCRIPTION OF WORK
built 2 custom gaming pc's and security system as well as a lot of small things like monitors,to start off stay away from americancomputertelecom and Samauel Thomas Farley, I had so many problems with the gaming pc's to list all, the DVR for the security system he sold me I belive was devective and the sound on it did not work on day of install,it took me ove r4 months for sam to finaaly come out and pick it up and even then he never sent in in fro r.m.a. I had to pay another guy to do it that cost me over $ 700.00 to get the sound on it fixed, the gaming pc's had a lot of issues,one one gaming pc's on first day at my place would not stay connected to the internet every 2 secs it would connect and disconnect from internet,they both had video issues, Samuel Thomas Farley was called the same day,he told me it was my rounter from my isp and I know there was another person in my apartment on her pc and was having no issues with internet connection and on top of this Samuel Thomas Farley steals one of my E.V.G.A. GTX 770 video cards and sells it to another customer and states to me in front of my face with 4 p.c.s.o. officers at his business that I told him to buy me a galaxy GTX video card, which was a lie, so this guy not only will steal from customers but will also lie to your face, this guy will treat you good at first when he is making money from you,but once he has to do any warty or r.m.a. work that's when he will turn on you from nice guy to mean guy, I know he did that to me I am a 100% disabled military connected vet, this guy will also use anything he can on you like your disabilitys. so stay clear of this company and person or summit your problems with this company or guy as well.

AMERICAN COMPUTER TELECOM did an outstanding job of fixing my computer. Would highly recommend their services. Very professional.

DESCRIPTION OF WORK
I have used American Computer Telecom for several years now. This time it was to check out the dvd drive on my very used Dell lap top. I hadn't used for some time but it was an XP Pro . So I wanted to make a dvd player and still get some use out of it. When I fired it up , the player would not come on,and I was reminded of how slow it was to get up and running. I took it to American Computer Telecom and left it for an estimate. Normally on something like this they would quote me on the spot.But as this was an older unit,a search for available parts was needed. Also they didn't how much time would be used on"tuning up" the unit to help with the speed problem. I was called the next day and given the quote of $99.99. I agreed and 3 or 4 days latter it was ready for pick up. Upon arrival I was shown the unit and I was free to try it. I was offered the used parts if I wanted. The lap top works great and the speed deference is like night and day. I just wished i,d remembered the sound quality of a lap top!