Doors
Window Treatments
Hurricane Shutters
Sunrooms and Patio Enclosures
Homebuilders
Insulation
Decks and Porches
Awnings
Licensing
Bonded
Insured
All statements concerning insurance, licenses, and bonds are informational only, and are self-reported. Since insurance, licenses and bonds can expire and can be cancelled, homeowners should always check such information for themselves. To find more licensing information for your state, visit our Find Licensing Requirements page.
Business Details 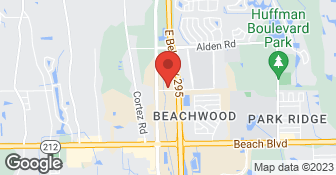 Florida Georgia Contractors is Jacksonville's #1 Home Improvement Specialist. We are family owned & operated and have been providing friendly and FREE estimates since 1981. We specialize in beautifying your home with the products & services we offer and customizing your home improvement project to meet/exceed your expectations. Start enjoying the outdoors, minus the bugs, by adding a custom designed screen room or update your screen room by adding vinyl or glass windows to it. If your tired of fogged/cracked or just inefficient home windows and doors, we offer a variety of energy star rated products, including PGT Industries, Simonton and Neuma brands. We are now offering a new product, E-Shield (Attic Energy Barrier), that can reduce your attic temperature up to 50% by using NASA Technolgy and save you up to 33% on your annual energy bill. While our products make your home more comfortable and visually appealing, they can also help reduce your energy bills. Call us today for a FREE,(no hassel)estimate....

It is June and still no one has installed anything (after they said they ordered them),and getting a return call from anyone is a joke. I have called and left too many messages. Four months later and they failed to do a $535 job. And in return lost the other $13,000 worth of work.

DESCRIPTION OF WORK
In early March I had a representative come out and give bid for three items - windows, carport, and shutters/vent covers on the house. We agreed to the price on the vents and shutters and they said they would order what was needed and install them.

Family business Thom Arrived on time for initial appointment. Measured and promised quote in two days. Have now waited three weeks. No quote. Have called his cell phone twice. No reply. Have called the office twice. Woman said she would pass the request for status to Thom. No call back. Called noon the next day and she confirmed he has the message but just left the office. It's been 6 days. No ret...

DESCRIPTION OF WORK
Showed up on time for estimate and discussed options. Discussed quote process and agreed to provide a quote on a custom window called modified eyebrow.

The doors are beautiful. No problem with the doors themselves. The installers did not show up as promised. They had to be recalled 2 times to complete the work. Two tiles were broken at one door. A deadbolt was not instslled on door. The stucco at the bottom of 2  doors has not been repaited. The provider has not gotten back to me about these issues since informing him 2 weeks ago. onr door

DESCRIPTION OF WORK
I had 3 new doors installed.

I reached out to the company to come and take care of this and honor the warranty in the entire month of May 2013. When we spoke to Ken with the company, they have been nothing but difficult to work with. They tried to alter the original contract we signed with them, to say that they were not going to be out and that we still owed them $1,135. I have receipts for cashier's checks that show that I ...

DESCRIPTION OF WORK
This company came out to redo the siding on our entire house. We had to put down a substantial deposit down on the project. We made an initial payment of $9,987 on August 10, 2006 for this siding project. We made a final payment on August 25, 2006 for $1,135. When they came out to do the work, they asked for the rest of the estimate before they started working. We did not agree to that, and I insisted that the work be completed on the entire house (included the entryway) before the final payment was issued. On the original contract there was a lifetime warranty. In May of 2013, a piece of flashing fell off of our house. After reviewing everything further, it looked like only one nail was in each piece of flashing, so it obviously was not installed properly. Another contractor said it was not installed properly.

They were very polite and answered all our questions about what they were doing step by step.  I liked that.  When we made our appointment, the rep came on time.  He brought sample of three different hurricane windows and showed us how they worked.  also had a color selection to make so it would match our house. The scheduled installation happened exactly when we planned for it and couldn't believ...

DESCRIPTION OF WORK
had new windows installed, hurricane windows -  thirteen to be exact.