Computer Repair
Computer Sales
Computer Training
Buying Services
Licensing
No License Required for Trade
Insured
All statements concerning insurance, licenses, and bonds are informational only, and are self-reported. Since insurance, licenses and bonds can expire and can be cancelled, homeowners should always check such information for themselves. To find more licensing information for your state, visit our Find Licensing Requirements page.
Business Details 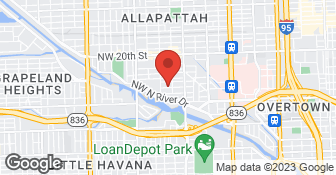 Residential and business computer repair services. We offer a safe and convenient online remote PC repair delivery method as well as traditional onsite, in-home and in-office service; providing support for: PCs, Networks, Printers, Scanners, Smartphones, MP3 players, Software, and Hardware support. If you are under a tight deadline, you cannot afford a technical mishap on your computer. Issues can strike at any time and cause a major headache and inconvenience. That’s where Geeks on Site comes in. Our experienced technicians provide excellent technical support for customers across the country....

Please call Mike at 480-580-9648. I opened Mike's Computer Repair (480-580-9648) in 1994 with the desire to provide honest, reliable and friendly computer services in Maricopa County and across the United States. I provide on-site computer repair at your home or office for any problems or upgrade issues you may be having. I am also able to use remote access software to control your computer and address problems without having to visit. Not sure what to do? Call 480-580-9648 and It will always be Mike that answers the phone! 480-580-9648

When your P.C. , Tablet or Cell Phone has you stumped you need an American based tech team on speed dial: Call Now: 877-378-9258. Remote, online, and in home support from the good old USA. In need of a performance improving tune-up? Have a virus or spyware issue? We have you covered. Have questions about a program, your printer, importing photos, working with websites, working with your computer, or just needing advice on what to buy? My Computer Works membership gives you go to access to the IT support you need, a data-back up solution second to none, and training all in one place.

According to their website, "For either a one-time fee of $179 or a monthly $24.95 rate, you purchase extensive protection for your computer, as well as peace of mind, knowing you are in good hands." When I called, I was told that I had to pay the $179 fee first prior to purchasing the monthly $24.95 rate. Clearly that is not what is on the website. I know that we are in bad times now, but you can...

We called Geeks On Site because The Geek Squad from Best Buy couldn't get to us for more than a week since the electrical storm had damaged electronics all over Tallahassee. Geeks On Site told me that they could come by within 48 hours, then called the next day to tell me they had an earlier opening, 9:00 the next morning. After not showing up I called the company at 11:00 and was told that the te...

DESCRIPTION OF WORK
An electrical storm had knocked out several electronics in our house, including our wifi. I called Geeks On Site to determine how to best restore our wifi.

the tech came and did not seem like he knew his job because I needed a hard drive and computer had errors letting them know that but of course they only told me that after telling them the errors that they would have to send somebody out and they came 15 min late and then wasted a bunch of time to tell me the hard drive needs replace and I ask what will that cost me and tech said maybe 60.00 or 70...

DESCRIPTION OF WORK
needed computer to get back up and running

Hello. On 4/9/18 I called your company regarding a computer problem. I was locked out of my computer with a virus. Your sales representative assured me they would remove the problem, clean out and tune up my computer so it would run faster etc... I was told the procedure would take about 3 hours. I paid the $169.00 before beginning. I also asked about the qualification of the technician and was to...

DESCRIPTION OF WORK
Remove virus from computer and tune up computer / Cost $ 169.00

Hi, and thank you for your feedback. I would like to apologize for any inconvenience caused and to assure you that the refund has already been processed at the time of this response, in addition, all existing subscriptions have been canceled. Unfortunately, we cannot guarantee a specific time for issues to be resolved as this can vary greatly dependent on the issue. We do our best to advise our cl...
F

They fixed the issue by completing a tune-up for $149 and then suggesting I buy an additional antivirus for $79. The very next day my debit card was used of fraudulent charges for $300 from a company I do not know. Geeks on Site was the only new company that I have used recently. I tried to write a review on their site and they didnt even post it. They only allow positive reviews on their site.