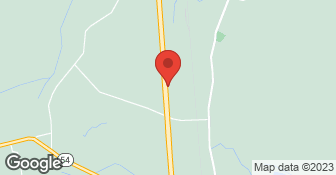 Family Owned and Operated. Cost is determined by the job....

Good service. Facilities are a bit rough but okay. Service was good and reasonable.

The work was done in a professional manner and I received a detailed report on the status of my engine and tires. The work was completed in a timely fashion while I sat in a clean waiting room drinking free coffee. I have had both of my cars serviced there a multiple times and I have had 2 brake jobs and one engine repair. All of the work performed at Cannons has been completed in a timely and pro...

I was shown the parts that needed to be replaced and the reason for the repair was explained in detail. The work was completed in a timely manner and within the estimate I was quoted.

DESCRIPTION OF WORK
I had to have my gas tank refill pipe replaced, power steering work done and an oil change.

We believe that Bill Cannon's Garage is dishonest. They billed us for work they were contracted to do, but did not .... BEWARE!!!!!

DESCRIPTION OF WORK
Bill Cannon's Garage was contracted to do work on our car. When we dropped off the car, we requested that they return all old parts of the carburetor and camshaft. When we pick the car up, they did not have any parts to return, but insisted they would find old parts and return them us. We no sooner pulled out of their driveway ,when it was evident that the car was running the same as when we first brought it to them. We called and explained our concern...they said to bring it back and we did. Again, when we pick it up ....it was no better:( Again we asked for them to return to us the old parts that they claimed to have replaced with new. Again, more excuses from them. Finally, we brought the car to another auto repair shop. They said just by looking at the carburetor that was clear that Bill Cannon did not do the work that he claimed to have done. In talking to other people, we found out that they had similar stories to tell concerning Bill Cannon's Garage. It is our opinion that this company is very dishonest. ....BEWARE !