Electrical
Lighting
Generator
Home Automation
Phone Wiring
Licensing
Insured
All statements concerning insurance, licenses, and bonds are informational only, and are self-reported. Since insurance, licenses and bonds can expire and can be cancelled, homeowners should always check such information for themselves. To find more licensing information for your state, visit our Find Licensing Requirements page.
All skilled traders and home improvement contractors operating in the State of Connecticut are required to be licensed or registered by the State Department of Consumer Protection. License or registration identification is required to be on all advertising, business cards, signage, and contracts. You can check to see if a contractor or tradesperson is licensed or registered by going to: https://www.elicense.ct.gov/
Business Details 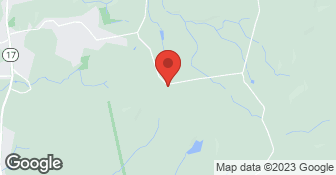 After hours by appointment....

Serving Shoreline Connecticut for 15 years, Power Forward offers a level of service to match the quality of the area. We understand that we are not working on a house, we are working in your home. By staying up to date with the rapidly advancing technology in the trade, Power Forward provides the latest in design and energy efficiency. With our experience in southern New England which boasts some of the oldest homes in the country, Power Forward has the unique ability to efficiently troubleshoot antiquated electrical systems or can seamlessly integrate the latest technology with your vintage home.

Quality is the focal point of Lawson Power Source’s philosophy and business mission. LPS was founded with the singular purpose of delivering customer service and quality beyond expectations. We do our absolute best to improve our commitment to quality and customer service. Working toward a shared vision with our clients, we constantly strive for superior results today and in the future. Our reputation as an electrical contracting company with unconditional commitment to customer satisfaction comes directly from a management style designed for on-time, ​on-budget project completion.

Here at Elite Electrical Contracting LLC, we pride ourselves on professionalism, attention to detail and a dedication to our clients wants and needs. We will not leave a project until you are 100 percent satisfied. Feel free to give us a call!

They did everything very timely and reasonably, nd I would definitely use them again.

DESCRIPTION OF WORK
They did two outlets and one they found was a fire hazard that they fixed right away.

It went well. He was very receptive and willing to listen to what I explained to him and offered suggestions. I felt like it went very well. His original estimates came in at a certain level and as we talked the actual amount for the work ended up going up significantly even though the actual amount of work didn't really change that much. He was right on time and the work was good.

DESCRIPTION OF WORK
I used Artek Electrical Service to do the rough electrical 3 weeks ago. The second part of the job still has to be done.

We sort out quite a few electricians' estimates and there were quite a few people who were very high or told that they could not do the job or would not even come out and give an estimate.  Al Rousseau came out and was extremely helpful and said he could do the job.  His estimate was extremely reasonable, it wasn't the lowest but it was very reasonable.  He was on time.  He was very gracious and g...

DESCRIPTION OF WORK
Artek Electrical Svc LLC installed an outside lighting, hooked an underground power for a light and fixed an inside electrical issue for us.

While work was being performed by another contractor in our kitchen, some suspect wiring that had been hidden behind removed cabinetry was discovered.  Not wanting to proceed further until we had the wiring checked out, I contacted Artek Electrical that afternoon.  Not only did Al Rosseau return my call within the hour after I left a message, but he responded with a trip to the house within the ne...

Al Rousseau responded promptly to our inquiry and came in person to give us an estimate, which he e-mailed to us the next day.  His associate Matt came out two days later to do the job - which took longer than expected, but cost us not a nickel more than the original estimate!  Both Al and Matt were friendly, prompt, and very helpful in explaining what had to be done. They were able to gain our tr...

DESCRIPTION OF WORK
We needed the electrical hook-up for a disposal unit in the kitchen.  This involved snaking a wire from an existing junction-box and installing a designated plug and switch under the kitchen counter next to the sink.