B Rated | 28 Reviews
Request a Quote 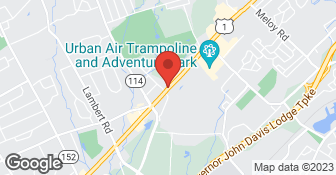 With over 80 years of experience in our back pocket, Orange Fence has established itself as a successful family-owned custom fencing company known across the U.S. In 1930, the Cuzzocreo family set out to create beautiful, custom fences so everyone could have their dream home. Beautiful fences that they could be proud of and that would make the owner happy. The craftsmanship, the design, the installation, all carefully crafted to build the perfect fence for your home....

Colossal waste of my time. Orange Fencing, specifically Bob, came to assess for a pool fence and then came back to assess for other fencing needs about 1 month ago and I am still waiting for the proposal that was promised to me then and upon repeated phone calls. Wouldn't waste my time hiring them if this is their expected responsiveness.

I called Orange Fence Co to get an estimate on a full yard fencing project, and while I can understand this is a busy season for companies of this sort, despite planning a morning house visit on July 12, I never had anyone show or call to reschedule. They had offered 2 times, July 12 and July 19 and so I waited until the 19th to see if I had the days wrong, and still a no show.

so no service to rate as they neither showed up at appointed time nor returned follow up calls. Won't be calling them back.

DESCRIPTION OF WORK
Orange fence orginally did our fence in 2000 and was good price and easy to deal with.  We called them to do repairs in 2010 and they were difficult to schedule, but the price was right so we persevered and eventually got them back to get work done. This June we called to ask for a price proposal for replacing the now aging fence. Had to call back twice to get an appointment. But nobody showed for appointment. I called to reschedule and was told I would be called back... Still waiting.... Very unprofessional.

The job went extremely well. The installation was difficult due to the fact that the fence ran down a fairly steep slope between the two properties and had to contend with many trees. The old fence, which sat precisely on the property line, had been consumed by several trees over the years. Obviously, the new fence had to respect the property line while accommodating the now much larger trees. Bot...

DESCRIPTION OF WORK
Neighbor and I split cost to install fence between two properties. Neighbor had additional work done on his property.

It went terribly. We never heard back from the Orange Fence Company

DESCRIPTION OF WORK
Bob showed up to estimate the job of installing a privacy fence. He mentioned that he thought the job was a small one. He said he would mail an estimate for the price of the job and the details of the job. It has been two weeks and we have received nothing. Poor responsiveness and a lack of professionalism.

General Information
Bonded
No
Insured
Yes
Free Estimates
Ask for Details
Senior Discount
No
Emergency Service
No
Warranties
Ask for details
All statements concerning insurance, licenses, and bonds are informational only, and are self-reported. Since insurance, licenses and bonds can expire and can be cancelled, homeowners should always check such information for themselves. To find more licensing information for your state, visit our Find Licensing Requirements page.