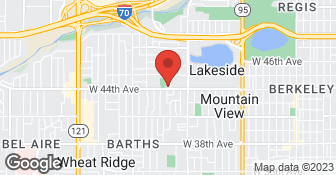 Foreign Automotive Specialist Team is a full service repair facility staffed by fully-factory trained ASE-certified technicians with over 35 years of combined experience. We service all makes and models. Whether it’s a Honda, a Toyota or a Lexus, we have the experience and knowledge you’ve been looking for. Naturally, when you come to Foreign Automotive Specialist Team, you expect the best. And that’s exactly what we provide. From the most modern up-to-date equipment to the latest repair procedures you can trust us to get the job done right the first time. From tune-ups and tire changes to brake repair and oil changes, Automotive Specialists is the best place to come for all your automotive needs. Visit us at www.foreignautospecialists.com or stop by 6900 W. 117th Ave Suite 300E Broomfield, CO 80020

I spent about $700 on the job. I had a terrific experience with them. They gave me a ride to and from my home. They were able to get me in on the same day when there was a blizzard outside. They were extremely and fair. I will use them again in the future.

DESCRIPTION OF WORK
I used North Denver Automotive for a valve job, a month ago. They replaced the valve cover and the gasket. They also did an oil change. They repaired the valve.

I love them. A year and a half ago my car broke down on the road and they thought it would be like a $2000 job. It ended up being something pretty simple and costing me about a $150. They could have totally ripped me off, but they didn?t. They are very popular here. It is a small shop, but they are very honest and they know their stuff. They work well on Honda. They usually are busy and you have t...

DESCRIPTION OF WORK
I just had some work done at North Denver Automotive about a month ago.

Very well. They accomodated me at a last minute's notice, kept me informed of their progress via telephone, and were fair in what they charged. They also made sure to cover the seats when they tested it to drive...nice touch.

DESCRIPTION OF WORK
I had heard great things about this place. When my '97 Honda CRV broke down on the highway, the owner told me that I was most likely facing an expensive valve repair job. My own research confirmed that I was probably in for a crippling repair/rebuild job. They were able to squeeze my vehicle in over the weekend, only to find out that by some miracle, my valves had been spared in the breakdown and my repair costs (consisting of some minor valve jobs) were drastically minimized. They could have shafted me, but they didn't. These guys are knowledgeable, trustworthy and fair. Oxymorons, I know, but I am now one devoted customer!