Plumbing
Drain Cleaning
Sewer Cleaning
Drain Pipe Installation
Wells and Pumps
Water Heaters
Licensing
Bonded
Insured
All statements concerning insurance, licenses, and bonds are informational only, and are self-reported. Since insurance, licenses and bonds can expire and can be cancelled, homeowners should always check such information for themselves. To find more licensing information for your state, visit our Find Licensing Requirements page.
Business Details 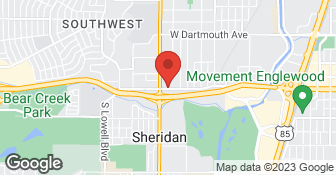 When it comes to your water heater or your plumbing, top quality is essential. At Water Heater Experts Plumbing LLC, we always put quality and customer satisfaction first. That’s why we say specialize in water heater installation and repair because we want to be the experts when it comes to installing top quality water heaters in your home. But we couldn’t do this without our valued customers. We're proud to stand by our 100% satisfaction guarantee. Every one of our team members carries our values for top quality work and excellent customer service. We ensure that all of our employees are background checked and insured so you can have the confidence in us to do the job properly and feel comfortable letting us into your home. Honesty is always the best policy, which is why we only provide free estimates in person. We want to be sure to never overcharge you which is why we make the effort come out and thoroughly assess the situation beforehand. You’ll always be kept in the loop so there will never be any surprises!

Custom Heating, Plumbing, Air Conditioning, and Electrical Services, LLC is a full service family owned and operated company that has been in business for nearly two decades. We are the preferred choice for heating and air conditioning repair in the metro Denver area. We service all brands and back our repairs and installations with a 100% customer satisfaction guarantee. Our experienced NATE certified professionals are highly trained, knowledgeable, and carry a wide-range of quality parts, so your repairs are done as quickly as possible. BBB Accredited.

It went well. They were very responsive! They actually came earlier than expectded. The only reason I gave a B was the lack of communication as I did not realize that the guys were coming a week earlier than I had expected (not a bad thing) it just threw me off a bit. The only thing is I was not able to be at the house when they did the work and they did not put the pipe in even and there is a bum...

DESCRIPTION OF WORK
They fixed a hole in our sewer pipe where roots came through.

The plumber wasn't straight on what he was doing. The only reason I had to use him is because my plumber was busy for a few weeks. The cost was twice as much as it should have been. He left the area clean when he was done.  They could improve their pricing in the future and better explain their services.

DESCRIPTION OF WORK
They replaced the three angle pipe under the sink and replaced hot and cold supply line to kitchen faucet.

An appointment was made for Daniel to come out on Tuesday afternoon, arriving sometime between 1:00 and 3:00, with a call to be made to my cell phone a half hour before his arrival. When I arrived home around noon I opened the basement door and the odor was gone. After a week of dealing with it that was quite a surprise. Daniel called right around 12:30 and said he should be there by 1:00. He arri...

DESCRIPTION OF WORK
We had been dealing with a strong unpleasant odor in our basement for about a week. We tried many things ourselves (such as looking for a dead rodent, pouring water down the floor drain, removing and cleaning the dryer vent, cleaning out the window wells, etc.). We even had XCel come out to verify it wasn't a natural gas leak, even though we thought it had a different smell. After it was especially bad over the weekend I looked on this site and checked the BBB site. Anthony's had great reviews and seemed to have the skill sets we might need to identify the problem. I was looking for someone who could both scope the sewer and drain lines and do a smoke test, and then do any repairs that might be needed.

They couldn't do the job because I needed electrical work done first.

I woke up to frozen pipes and no running water. Anthony's Plumbing sent someone by mid-morning who took a lot of care with locating the problem. It turned out to be more complicated than expected, but he persisted until the problem was solved and I had running water again. Both the technician and the owner were friendly, professional, knowledgable and helpful. I would definitely use them again.