Ceramic Tile
Architects
Finished Carpentry and Woodworking
Homebuilders
Licensing
Bonded
Insured
All statements concerning insurance, licenses, and bonds are informational only, and are self-reported. Since insurance, licenses and bonds can expire and can be cancelled, homeowners should always check such information for themselves. To find more licensing information for your state, visit our Find Licensing Requirements page.
Business Details 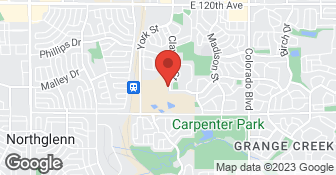 Here For Today And In The Future To Meet All Of Your Roofing And Construction Needs! We will do our absolute best to ensure our clients’ satisfaction. We know we are working with one of your most valuable investments – homes and businesses. We strive to be the best residential and commercial roofing team in the area! 24/7 EMERGENCY SERVICE AVAILABLE!!

We have the experience and the dedication to bring your dreams to reality! We guarantee your satisfaction, and we won’t leave until the job is done right. Call or click to schedule a free estimate today!

Timely friendly service that Specialize in Pergolas and decks but happily do everything from handyman to landscape cleanup.

The project was delayed due to death in family, but when Alden was contacted to set a date to complete project he strung us along for 5 months before telling us to find someone else as he had another job which he didn't know the exact start date, so he couldn't give us a date to finish our project. He advised we find someone else. Not even a recommendation for someone else. He left us his sketches...

DESCRIPTION OF WORK
Started that earlier sunroom project, but has yet to finish it.

The new room is absolutely beautiful. It is so much more usable than the original glass room.  Well insulated with bright window light.  We plan to contract with him again this summer for a remodel on the kitchen that this new sun room ties into.

DESCRIPTION OF WORK
We had an all glass sun room which his team replaced with a new sun room tying it into the existing house.

He has the appearance of a terrible contractor.  He was referred by another contractor who we had doing some other work.  His initial bid was outrageous.  After we called him on it he eventually dropped it nearly 10k.  His responsiveness is terrible, at best it took him a week to get back to us.  He kept blowing off scheduled meetings, saying an 'emergency' came up.  He is pretty good as using sof...

DESCRIPTION OF WORK
Thankfully nothing.

It was a terrible experience.  He had his son do the work - incompetently.  And then he kept claiming he had emergencies and could not come out to my house to fix the problem.  Ultimately, I hired someone to fi his disaster.

DESCRIPTION OF WORK
Alden Leiter was supposed to fix my tiled shower floor.  He did not do this - but merely used up my extra tile, and relaid the floor in the exact same, sloped fashion.  When I let him know that it was not fixed, he refused to come back and do the job he agreed to do.  A few days later, my shower drain was completely blocked.  Hired someone to fix the drain (Alden was supposed to level out the tile on my shower floor), and it turns out that when Alden redid the tile, he allowed the caulking and cement to go into my shower drain.  It was completely clogged.  The guy who fixed it said he had never seen anything so shoddy in his professional experience, and could not understand how anyone claiming to know how to handle tile would allow this stuff to go down a drain.  Of course it hardened and completely blocked up my shower drain.  I contacted Alden Leiter to let him know about this, and he did not respond to my email.  I have a baggy full of cement that the repairman removed from my shower drain. Don't hire this guy - for the job I hired him to do he was unreliable, untrustworthy, and incompetent.