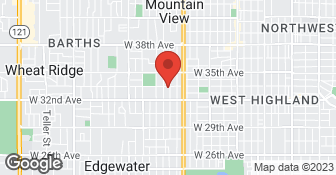 A Family Tree Service is locally owned and operated serving all the tree care needs for the Denver Metro area. We are family owned, licensed and insured. Our licensed arborist is happy to answer your questions on how to care and maintain your trees. Give us a call today for FREE evaluations and estimates. We are a small family business founded in April, 2005 by Clay (dad), Stephanie (mom) and Christopher (son). We have been in the tree care business since 1995 when Clay first obtained his arborist license. We operate our company on sound Christian principles and values. We believe in honesty and solid work ethics which allows us to offer our customers high quality tree care at affordable rates....

In 2000 Steve ventured out on his own and founded Mile High Tree Care, one of the fastest-growing tree service companies in the Denver Metro area. He credits his company’s success to his dedication to second-to-none quality, honest work at a fair price, and outstanding customer service from a talented professional staff and crew. Mile High Tree Care arborists and crews are experts in tree care. They’ll evaluate your trees, recommend the best course of action, and carry out their work with complete professionalism. Mile High Tree Care would like to thank all customers for their support and they look forward to keeping your trees strong, healthy, and beautiful.

We have the experience and dedication! We are a young and eager company. Our highest priority is you our customer, we are nothing without you!! We want to exceed all expectations and be the utmost arborcare company in the Denver metro area before we expand about the country. Thank you for your time and we can't wait to hear from you! Remember,THERE AINT NO BUSINESS LIKE MONKEY BUSINESS!!

They arrived ready to work. They took their time to answer all our questions and let us know why certain limbs had to be removed or not. The two men working on site were very friendly, polite and made sure they were very careful around the yard ornaments we could not move. When the work was finally done the cleanup of all debris was wonderful. They cleaned off the roof, around the bushes and ornam...

DESCRIPTION OF WORK
We asked to have the dead limbs removed from our large Maple tree in the front yard, as well as, clean it out as much as possible to allow it to stay healthy, but most important SAFE. .

See previous comment overall it went terribly. I feel cheated. I am approximating price and service date as it was prior to joining and I have moved my records since.

DESCRIPTION OF WORK
The guy who walked through and gave estimate was not on site for the work. As a result I paid the same price, but they did not remove my problem stumps, they DID remove protective cages and grind down a grapevine I was cultivating. They did not leave all the wood I asked them to leave and they did not remove all the debris they quoted me. When I called to follow up I was told "oh we'll send them back out, you won't even know they were there except that pile will be gone." Never happened. Go with anybody but, unless you can stand over them supervising the whole time.

Looking through our records shows that our company never performed work for (member name removed). I feel bad that she had a "terrible" experience. However it was not with us.
A

The morning after a wind storm I was greeted with the sight of a large cottonwood tree leaning against our back fence and on our neighbors' tree.  I called several tree services listed on Angie's list and A Family Tree Service was the only one to return my call.  They asked if my tree was an emergency situation, it wasn't, and said that they would try to get someone out as soon as possible.  Well ...

DESCRIPTION OF WORK
Removed 2 trees.  One damaged by the wind storm the other was almost dead.

DESCRIPTION OF WORK
I hired A Family Tree Service to grind 3 stumps in my yard.

I had cut down two trees, and two juniper bushes myself, added the Juniper bushes after the quote.  I asked the gentleman that gave me the quote how much it would cost to add the bushes, and he gave me a price.  I set up a schedule to have work done two days after.  I waited, no one showed up.  Called manager said they were going to be on their way.  waited, nobody showed up.  I received no call t...

DESCRIPTION OF WORK
Haul away of cut down trees, and juniper bushes.