Hospitals - General
Weight Mgt. - Dietitians/Nutritionists
Fitness - Centers
Primary Care - Internal Medicine
Fitness - Training
Licensing
All statements concerning insurance, licenses, and bonds are informational only, and are self-reported. Since insurance, licenses and bonds can expire and can be cancelled, homeowners should always check such information for themselves. To find more licensing information for your state, visit our Find Licensing Requirements page.
Business Details 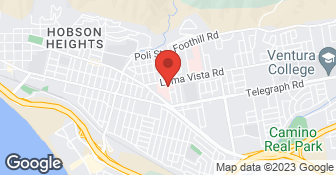 Well it was hard to get an appointment and that was put off for a while and we were able to work something out and got in and I felt that she did a good job of checking out my habits that I had to do with diet and exercise and she made some good recommendations and as a consequence I moved back from being mildly diabetic to pre-diabetic. The service was good but I felt like I did really need to do...

DESCRIPTION OF WORK
Well they did an assessment of my habits related to diabetes and then they also suggested for some changes that I needed to make and it were effective in reducing the likelihood of further diabetic.

They could not put the IV in. They put in. I completely did not know anything about the stuff that they were putting into me. I think they put it in and ran it too quickly it was supposed to take about an hour and a half they ran it for an hour and the result of that was the back of my neck on my arms and my legs and the back of my head became extremely itchy. I still have scabs from the itching I...

DESCRIPTION OF WORK
I went to have my left knee cleaned out from this MRSA infection.

The doctors and R/Ns are still good and focused on patient care.  It is the assistants who seem only interested in filling their little charts as they walk around waking every patient to take blood pressure.  Socializing by staff in early morning hours was also contributory to no sleep.  I felt like I had been in a 19th century asylum at the end.

DESCRIPTION OF WORK
I was admitted for an emergency transfusion and an angiogram on Friday.  On Saturday I had an endoscopy.  On Sunday I had a colonoscopy.  On Monday I had the angiogram.  My doctor admitted me with "immenent Cardiac failure".  VCH was reminicsent of a 16th centura asylum.  I went without sleep for almost all three night I stayed in the hospital.  By Monday, I was so sleepless I was beninning to hallucinate.  Every half hour someone would come by to take my blood pressure, draw blood or administer respiratory treatment.  In addition to these successful efforts to deny me sleep, the cacophany in the hallway ensured it.  Every nurse who entered my room made no effort to disturb me as little as possible, but said very loudly "I'm here to take your blood pressure" , intending to wake me up, I assume.  In addition to this, there are phones at every bed which announce at all hours things like "Maria, you have a call".  I suppose that every employee and patient has to know the importance of Maria.   One medical assistant announced quite abruptly that "there's a flobotomist lurking around, who should be here soon".  In addition to apparently deliberated efforts at sleep deprivation, I was unable to take a shower or bathe for four days.  I thought I might be stuck in a third world bus station.  The doctors and RN's were overwhelmed.  It's a good thing I was only having cardiac problems and needed sleep.  I will never check into this hospital consciously.

I think they could be better. One of the emergency room doctors was very good. the second one was dismissive and not helpful. When I was admitted the nursing staff was very good. Although there was one young nurse that was very snippy. On whole for a hospital experience it was very nice.

It is a very big area. There are two people that have been there for years and they are very knowledgeable about helping you get the best program where you will be able to get your body in the best shape within your limitations. They are very, very good. They have really good machines. You can ask them anything about the machines. They are friendly and knowledgeable people. If you get a doctor's n...

DESCRIPTION OF WORK
I recently rejoined the fitness center at Community Memorial Hospital. It is called Fitness Center Fast Track and is located across the street.