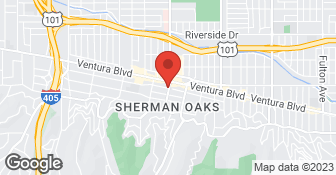 Professional Art Handling, Installation & Delivery Services: • Art & Mirrors Hanging. • TV Installation & In wall wire concealing. • Chandeliers & Light Fixture Installation. • Furniture Assembly. • Hoisting & Delivery Services. • Home Repair & Home Improvement. Sit back, relax, and allow us to take care of the rest. Our creative installers are fully equipped to handle any job with relative ease. No job is actually too big or too small for us to handle. Thanks to our expertise, we guarantee efficiency and perfection with every job we perform.

EcoForce Solutions - Invest in You, not your utility. EcoForce Solutions offers complete energy efficiency solutions tailored for your home or business. We help home and business owners reduce their electricity, gas and water bills while increasing the value and comfort of their property, and maximizing the return on their investment. Every home and property is different, and should be treated that way. Based on your property’s unique features, we will help you save thousands of dollars on your electricity, and can even zero out your utility bill. Let us help you with your energy savings and to declare energy independence.