Pressure Washing
Windows
Water Heaters
Water and Smoke Damage
Wallpaper Removal
Masonry
Licensing
Bonded
Insured
All statements concerning insurance, licenses, and bonds are informational only, and are self-reported. Since insurance, licenses and bonds can expire and can be cancelled, homeowners should always check such information for themselves. To find more licensing information for your state, visit our Find Licensing Requirements page.
Business Details 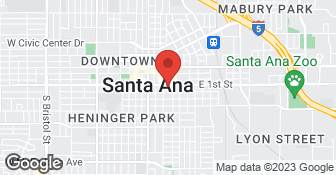 We are continuing with our 37 years of contracting in California but with recent changes and the cost of energy we focus our business on providing turn-key solar installations through-out California. We have many financing programs so we have something that works for each home owner....

We believe if we treat people with honesty and integrity, relationships with customers will follow. Our culture of transparency and forthrightness is central to who our company is and what to expect from our team. The company's culture is not just something that we say online. We have a process and mission statement for keeping the culture in place. It’s a living, breathing philosophy based on timeless principles. No one is perfect although we strive for perfect, and if we ever make a mistake we will own it and take responsibility for it.

Hello, we are an owner operated new home improvement company with over 11 years of experience in the industry. We offer the highest rated home energy upgrades for less than the competition. We specialize in Anlin windows, Lennox and American Standard HVAC systems, Owens Corning cool roofing, Solar panels and Batteries from many brands, Insulation, Texture Coating, and Patio Covers. We believe we as humans are created with a distinct desire to create and build and look at our creation and say it is good. We also believe that we are to treat each individual as our selves. Allow us to help you in your journey of beautifying your home and making it more environmentally friendly. We will hold strong to our values and conviction in treating your home as our own. We will honor our word and honor your home. Sunlight Home Construction will build on solid rock. Sincerely, CEO Greg Ohanjanyan.

Mike at ECO friendly Remodeling team did a kitchen remodeling project for us and they completed it last month. The remodeling was from the studs and up of the entire kitchen and the dining room and part of it was to get an open space of the space by removing a wall that divided the kitchen and the dining area and then to build a big arch that will be covered with a nice wood work. As part of that ...

DESCRIPTION OF WORK
We hired mike to remodel our kitchen and dining room including the removal of a separated wall.

He didn't do much of anything.  There wasn't a whole lot for him to do.  All he did was he came out, look and told me what he thought they had done and if it was a good job.  The roof was okay.  I had initially called to get a second opinion because they said the roof was bad; so when I called him, I wanted him to go about and inspect & tell me whether it actually needed a repair.  Unfortunately, ...

DESCRIPTION OF WORK
We had our roof redone and I wanted him to take a look of that.  He also looked at the foundation of the house.

We did not spend any extra money with them. It was perfect and they did a great job. They have a good name.

DESCRIPTION OF WORK
I purchased a big deal to design the kitchen.

The first contract he made was for $13,000 and when he added to the contract, he said he had to replace 49 piers and at the bottom he put all the measurements and put the description of what he was going to do.  He also said the blueprints and the engineering and permits were include.  He added $20,000 to the contract.  When he did the work he only did 40 piers and he did not do any bolting or cre...

they came out and were timely and curteous and said there was no problems whatsoever with the patio, wall or foundation.  They recommended just taking up the concrete, repacking the dirt and them pouring new concrete on the patio (leave the wall as is). However when I had a contractor come out to inspect last month we found that this portion of the retaining wall was not properly footed, had moved...

DESCRIPTION OF WORK
checked concrete patio that had sunk about 2 inches, checked retaining wall on backyard slope to ensure it was properly footed and checked for any foundation sink/slippage

Our focus since mid 2013 is SOLAR installations.

Because we focus on residential & commercial SOLAR our general construction and remodeling services is limited to past clients.