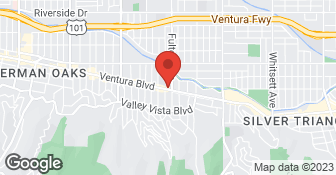 WE PROVIDE PROFESSIONAL LAND SURVEYING SERVICES TO PRIVATE INDIVIDUALS, HOME OWNERS, CONTRACTORS, ARCHITECTS, ENGINEERS, LAWYERS AND OTHERS THAT MIGHT HAVE A NEED TO ESTABLISH PROPERTY LINES, OR NEW STURCTURE LOCATION AS REQUIRED BY CITY BUILDING INSPECTORS...

Voorheis & Voorheis is a family owned and managed land surveying company with deep roots in the greater Los Angeles community reaching back more than 45 years. The Hallmarks of our company continue to be Reliability, Accuracy, Integrity and Customer Service. Our highly experienced principals and friendly, veteran staff are uniquely qualified to handle a wide variety of surveying challenges both large and small. We utilize the latest technologies to achieve accurate and efficient survey results, which translates into confidence and value for our clients.

California Land Services were absolutely useless. Having provided a quote, visiting the site and after multiple phone calls they concluded the survey was too difficult and asked if I could ask a neighbor (who had recently had a survey done) to help them. Used every excuse under the Sun to delay when the survey would be done and in the end I gave up. Avoid at all costs.

DESCRIPTION OF WORK
Provided a quote and consultation

We apologize for the inconvenience. Our CEO and founder was having health issues and has since passed ....we failed you as our client .....we are moving forward with a new CEO and expect the future to be exemplary.....
A

Our home is on a challenging parcel, located on a hillside with no apparent nearby survey landmarks, with seven borders, and tucked back away from the street.  We are in the midst of re-landscaping the front of the property, but it became clear that we had no good idea of where our property ended and our neighbors' started.  So we decided to settle the issue once and for all.  I called California ...

I read the various reviews on Angie's list (good and bad) and decided to go meet Dave in person and get his side of the story. I liked Dave and his father Bill as well as reasons he gave for any bad reviews. They have worked in the area we live for a long time and understand the issues that exist with building in the hills and the various restrictions. I gave him a 50% deposit via a credit card wh...

Went very well. Lack of markers made the job difficult, but they did the math and it worked out very well.

DESCRIPTION OF WORK
Did a difficult property line survey.

I was required, by my local city, to obtain a "setback survey" for an addition I am doing to my house. I called a few companies that were listed here on Angie's List and got mixed results from some of them on price and responsiveness. California Land Services were very responsive to my questions and they knew exactly what was needed when I described what the city asked for. Their bid was less than...

OUR SERVICES INCLUDE, PROPERTY LINE ESTABLISHMENT, TOPOGRAPHY, ARCHITECTURAL AND ALTA TITLE INSURANCE SURVEYS AND MAPPING, CONSTRUCTION STAKING, ACCIDENT SURVEYS FOR COURT LITIGATION. WE PROVIDE A "LETTER OF AUTHORIZATION" FOR SIGNATURE OF INDIVIDUALS RESPONSIBLE FOR THE FEE AND THE DEPOSIT TO START THE DESCRIBED SERVICE; THE BALANCE (IF ANY) TO BE PAID UPON COMPLETION OF THE SERVICE.