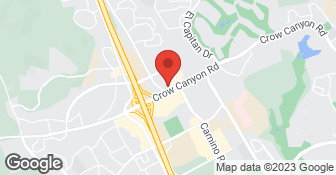 Go solar with your local solar company in the San Francisco Bay Area! We Know Solar! Solar Technologies has installed over 1,500+ solar energy systems with our own certified, in-house crews. $0 down leasing options or finance to own. Go solar at no cost and save money every month. Offering the most efficient solar products in the world, up to 50% more power. SunPower Elite Dealer. Residential Solar Homes . Commercial Solar Business . Industrial . Agricultural Call 925-939-8300 or 831-421-0440 for a FREE Quote.

Our Approach Creating a customer experience to remember. We’re using solar solutions to simplify your life, reduce your energy bill, and clean up the environment

I wasn't furnished with the layout plans prior to the construction although I paid for them and they are supposed to be part of the agreement. The panels block some views and are unsightly. They have to be moved to another part of my roof at my expense. The problem could have been avoided with good communication. I was simply told "this has never happened before".

DESCRIPTION OF WORK
Add a second photovoltaic system to roof

It was a real pleasure working with SkyPower... they answered all of my questions in detail (and there were many!). I talked to two other solar companies but decided to go with them because of their diamond rating and their obvious knowledge. They were as good as I expected. In fact, after they had provided the quote, it turns out that the LG Panels we were going to use would take 6 weeks to procu...

We got several bids, all roughly in the same ballpark price-wise. But it turns out that solar costs are all over the map. We wanted a straight purchase (no leasing the panels or buying the power from the solar company), so that's all I'll discuss. Depending on the solar panels and inverters you select, you can choose what you want to spend. PV panels from China are cheap. Panels from the USA are m...

DESCRIPTION OF WORK
We undertook a major photovoltaic solar install last winter in our East Bay home. With a whopping residential electric bill of $400-$500 in heavy usage months, we needed to install a big solar system. We have 36 SolarWorld SW250 mono black panels and 36 Enphase M215 micro-inverters on our roof now and the system works great. We haven't owned the system long enough to go through the longest sun-days of summer, but we are getting peak power of 7 kW and production of 45-50 kWh/day in the springtime. Bye-bye electric bill!

Tom explained the SunPower pre-paid lease, which helped make the SunPower system very competitive with the other bidders. In the end, we went with a Roof and Solar company as we required a new roof at the same time and felt it would be easier on us if there was a warranty issue in the future.

DESCRIPTION OF WORK
Sky Power Systems (Tom) came to our home to bid on a solar PV installation. He was very professional. Tom had his electrician come out at a later date to take solar readings on our roof to ensure the proposed system would work (especially with some of the shading issues we have on our property). In addition, any questions we had while comparing the bids were quickly answered by Tom. Sky Power Systems proposed a SunPower System with central inverter.