Mold Testing and Remediation
Home inspection
Licensing
No License Required for Trade
Bonded
Insured
All statements concerning insurance, licenses, and bonds are informational only, and are self-reported. Since insurance, licenses and bonds can expire and can be cancelled, homeowners should always check such information for themselves. To find more licensing information for your state, visit our Find Licensing Requirements page.
Business Details 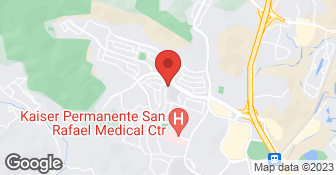 California State Restoration company is owner operated, licensed and insured. Over 10 years of experience in water damage recovery, water extraction, smoke clean up, board up, repairs to structure, crawlspace clean up, bio hazardous clean up and more. Call or message to schedule your free estimate today!

Family owned and operated in the Bay Area, we specialize in water, fire/smoke and mold damage restoration and remediation. We pride ourselves in having the best customer service in the business, and are available 24 hours a day for emergencies.

We were considering buying a home and wanted to have it inspected prior to buying it. We had seen a report of an house inspection done by Tony Eldon before, from another home we were considering to buy, and really liked his report. Tony is extremely detailed and we felt that we really got a good picture of the condition of the house. He also responded to questions we had later on, even after we ha...

Tony arrived on time, did a visual inspection of the all the rooms in the house and used a meter to check the walls for excess moisture. He then did air tests in two rooms as well as one outside to use as a baseline. He took time to explain what he was doing and what he was looking for. Very friendly and professional.

DESCRIPTION OF WORK
Tony did a visual inspection and performed 3 air tests for mold.

I could not be more satisfied with the service I received. Tony was punctual, professional, thorough, and very clear in the way he explained things. He clearly has a lot of expertise and knows exactly what he is doing. Unlike some other companies we looked at, he explained that we should have one company evaluate the problem and another one fix it if major work needs to be done. I felt that this w...

DESCRIPTION OF WORK
MOLD INSPECTIONS and INDOOR AIR QUALITY TESTING. Tony inspected our entire house, including the interior, exterior and garage, for mold and water seepage. He took air samples in several areas of the house and garage to determine if there were abnormal numbers of mold spores in the air. He produced a thorough report detailing his findings and prioritizing his recommendations.