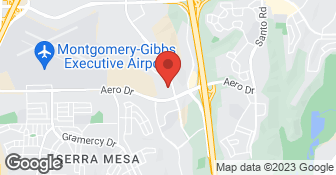 Horrible. The repair tech refused to do what I asked him to do but I got my system going again only because I insisted on a new thermostat. He never told me that was the problem and only wanted to replace the a/c system for a ton of money. The system works great now and I did not get ripped off on a new system.

DESCRIPTION OF WORK
Called for service call on A/C to diagnose why not turning on. Repair tech called and refused to diagnose system and only wanted to replace. I insisted on paying for a system check to see why it was not turning on and he insisted he could not perform that service. I wanted a thermostat anyway so I told him to replace that. Apparently that was the problem (luckily). System has been working fine since

DESCRIPTION OF WORK
I did not use them.

Had problems the first time Anderson came out so they came out and redid the job all is good.

General Information
Bonded
Yes
Insured
Yes
Free Estimates
No
Payment Options
American Express, Check, Discover, MasterCard, Visa
Senior Discount
No
Emergency Service
Yes
Warranties
No
All statements concerning insurance, licenses, and bonds are informational only, and are self-reported. Since insurance, licenses and bonds can expire and can be cancelled, homeowners should always check such information for themselves. To find more licensing information for your state, visit our Find Licensing Requirements page.

A
133 REVIEWS
Plumbing Plus