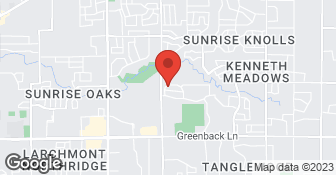 Super Shooters is committed to bringing you beautiful ceilings and walls in a timely manner with quality workmanship, offering a complete line of acoustic, drywall and texture services. Super Shooters has been serving residential home owners in the greater Sacramento, CA area for over 25 years. Our Super Shield warranty is our commitment to you. We offer in home free estimates with qualified Professionals and our assurance that your job will be completed to your satisfaction. Many of our employees have been with us over twenty years and all are trained to make your remodeling needs easier. We strive to provide each customer with the cleanest most professional job possible. Super Shooters is owned and operated by Keith and Mary Martin, members of the BBB and National Association of the Remodeling Industry. We are fully Licensed, Insured and Bonded....

DUE TO COVID, WE ARE DRIVEN TO PROVIDE SAFETY TO ALL OUR CUSTOMERS AND EMPLOYEES. WE ARE ABLE TO PROVIDE QUOTES VIA VIDEO CONFERENCE, EMAIL, PHONE, AND TEXT. WE ALSO CAN DUE EXTERIOR PERIMETER WALKS FOR ANY EXTERIOR PAINT JOBS. $2,700 for Exterior Home Painting Special. Over 22 years of experience- Owner Operated and on Every job!

Dear Future Clients, We are family owned business working hard for over 20 years! We strive to provide world class painting service with a hardworking crew and prices that are reasonable for our local clients. We've not only completed countless impeccable interior and exterior painting jobs, we've also made quite a few friends along the way. Our motto is simple- we follow the golden rule. We treat your home with the same respect and care we'd treat ours. We take pride in our services and would love to meet with you and discuss your painting needs. Give us a call and lets chat! We look forward to meeting you!

We have been servicing Northern California for over 20 years. We are fast, reliable, and always finish on time. With our team of professionals you can count on a great paint job every time. We guarantee all of our work.

If you're reading this, it's likely that you need popcorn ceiling removed, and you should probably just do yourself a favor and hire the Super Shooters. Keith, Frank, and team were responsive, friendly, and punctual, and most importantly, they did beautiful work on our home. We had popcorn ceiling removed throughout our entire 1900 sq foot house and it took them 2 days to remove, retexture, prime,...

Keith and the Super Shooters are the best home professionals we’ve worked with since moving into our new home a few months ago. The project was removal of popcorn ceiling (no asbestos remediation needed, thankfully) and retexturing of ceiling throughout the house. He demonstrated excellent customer service from start to finish. Every text or phone call, if not immediately answered, was promptly re...

The end result looked great. Getting scheduled, details about the process, and punctuality were not as smooth. Plus, I had a drapery issue after they rehung the drapery for me. Not sure if it was their screws or the ones originally used (existing drapes with purchased home last year), but the whole thing pulled out of the wall a month later. It may have been originally installed that way, but am n...

Keith was great when he came out to do estimate. He calculated (very accurately!) the square footage of each room & hallway in his head and we were very pleased with the price. Our house was built after 1978 so there was no need to worry about asbestos. We booked the service for two weeks later and Brandon & Frank did a fantastic job. The whole thing was done in one day and we were pleased with ho...

When Super Shooters arrived, they initially indicated that there appeared to be an issue with the framing done by the electricians. They said it could be remedied, installed the drywall, taped, mudded and textured the ceiling. After I primed and painted, I noticed that the outline of the lightbox was still visible. I called Super Shooters and the owner Keith came out to inspect the work. He agreed...

DESCRIPTION OF WORK
Super Shooters installed drywall and applied texture to the kitchen ceiling. This was done after I had hired an electricians to install recessed can lights to replace the existing recessed fluorescent light box. The electricians also framed the light box in preparation for the drywall.

No interior or exterior house painting except ceilings