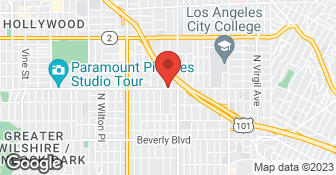 At AAMCO Transmissions of Hollywood we know that your transmission is the last thing you need to worry about. Let us perform an honest and complete evaluation of your vehicles needed repairs. Corporate Contact: Mike Peluca - mpekula@americandriveline.com, (800) 292-8500 x 221. ...

They did nothing charged me for sittiing around.

Not well at all.  They are giving me the run-around and they do not care.

DESCRIPTION OF WORK
Three different places told that my car possibly needed the transmission repaired and Amco was recommended.  I took the car in to them and they did a specific test and stated that it was the transmission.  I decided to go with them. We picked the car up on September 24.  The car was OK at first.  Then I went to work and came home after work to pick up my husband and we went to the Market (two blocks from our home).  We came out and the same problem was happening again.  I called and they told me to bring to car in.  It was there for about two weeks and they stated they could not find anything wrong.  My sister followed me home and the problems started to happen again, so we went straight back there.  What made me upset is that I asked the owner to sit in the car with me so that I could show him what was wrong. He refused.  He did not want me to drive the car. He would not let me drive it to show him and stated that it did not make any difference. He drives the car out but it did not do it to him - only a little bit.  The car was there for another two weeks.  He tried to tell me it was spark plugs, fuel filter, and a throttle body thing. They told me that whatever they fixed, they would charge me more because of the guarantee.  The same problem is happening and they are keeping the car for yet another week. After that, the guy called me back and stated they drove the car for about 85 miles and could not get it to do what it was doing.  The car came back home once again.  I went out with my Mom and the problem started again. The guy is a liar because he told me that I could take the car to any other Amco if I needed to.  I called the Amco in Santa Monica and spoke to a guy named Thomas F. and he said that he was from the Corporate Office.  I explained what was going on and he also told me that you cannot take them to certain Amco shops. He told me that I actually had to take it back to my original Amco and I was very frustrated and furious. He told me to talk to someone named Armando.  I went there on Monday or Tuesday. My sister and I go there and asked for Armando and explained to him that I talked to Thomas F. from the Corporate Office and he did not know who Thomas F. was. He had never heard of him.  He also stated that he was the only Armando there. My sister and I explained what was going on and he stated they would do a test. When he tested it, there were three different codes and there is an electrical problem with the car. My sister then said that if it is electrical, then we will take it to Volkswagen. We took it to Volkswagen and showed the guy the codes and they also did a test.  We gave them all of the information from Amco. He did the test and looked through all of the information. Volkwagen stated they could not rebuilt the transmission, it has to be a new one.   Basically, Amco charged us a lot of money and did not repair the car.  The car needed a new transmission from the beginning.