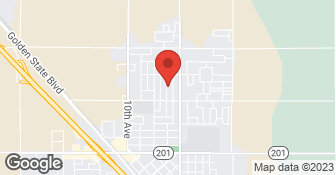 Customer satisfaction is our number 1 goal. 5 other employees. May hire sub contractors. Charges by the job. No travel/trip charges....

Landscape & maintenance. We have the experience and dedication to bring your dreams to reality! We guarantee your satisfaction, and we won’t leave until the job is done right. Call or click to schedule a free estimate today!

Here at Happy Growing Landscaping, we sustain our business on quality and integrity. We are experts in our trade and take pride our commitment to quality from beginning to end of your project. We look forward to earning your business. Call us anytime with any questions you may have. Thanks for your time and have a great day.

At Stay True Lawn care , we offer everything you need to make sure that your lawn is healthy and thriving all year long. Whether your property is residential or commercial, we look forward to getting to know your yard and learning how we can best serve you. We do it all lawn mowing, Fertilizer & Weed Control, Clean Ups, Pruning, Sidewalk and curb edging

Price was reasonable for service. I have not have services done yet as more than my  budget at this time, however would call them in the future for services.

DESCRIPTION OF WORK
Was prompt to come out to give estimate.

He was profession, prompt, work was good and did an excellent job cleaning up the work area.

They DID NOT spray for weeds as said wanted to wait a few days after weed-whacking and rain expected tonight. I called the owner, Michael Lopez and told him a pipe under one of the sprinklers was leaking. I also mentioned I thought he should replace the sprinkler head on existing one with broken cap. He refused and said it would cost me another $20.00! I mentioned they did not finish the edging an...

DESCRIPTION OF WORK
I paid them a check for $700.00 to repair/install sprinkler system in front and rear yards 01/24/2014 and on 01/27/2014 I paid them an additional $300.00 for yard cleanup/tree trimming and weed spraying. Unprofessional, runs a rag-tag outfit of inexperienced day workers, failing to have the ability to communicate adequately and unable to provide a printed business invoice, including business name, address, phone number and email . Michael Lopez is totally inexperienced also. He claims to be a landscaper and doesn't know the difference between a holly leaf or an oak tree!

DESCRIPTION OF WORK
My contractor referred me to above business. I paid them a check for $700.00 to repair/install sprinkler system in front and rear yards 01/24/2014 and on 01/27/2014 I paid them an additional $300.00 for yard cleanup/tree trimming and weed spraying. They DID NOT spray for weeds as said wanted to wait a few days after weed-whacking and rain expected tonight. I called the owner, Michael Lopez and told him a pipe under one of the sprinklers was leaking. I also mentioned I thought he should replace the sprinkler head on existing one with broken cap. He refused and said it would cost me another $20.00! I mentioned they did not finish the edging and he told me he didn't want to do business with me. I told him he was dishonest and hung up. Michael Lopez from Green & Clean Landscaping just called me. He promised to honor our agreements on Friday, 31 January 2014. When my gardener mowed the lawn on 18 March, he alerted me to a sprinkler pipe which had been leaking for a long time in an area I had not accessed. I called Michael on 18 March and for the SECOND time, requested he provide me with an invoice he previously promised to email me, detailing all the work performed for the $700.00 sprinkler troubleshoot/repair/install and $300.00 yard cleanup which included, tree trimming and weed killer. When he came out on 20 March, he claimed the sprinkler pipe was not cemented. Since he and his crew were paid $700 to troubleshoot, repair and install sprinkler lines for complete, adequate coverage of both front yard, parkway, and back yard, and then checked the system after setting timer, it is logical it was they who failed to cement the PVC pipes together. This was the second sprinkler line repaired which had no PVC cement!!! AND....they ran out of PVC cement the day they were repairing sprinkler system and I offered to let them use some I had, but they "claimed" they found some...??? Before Michael left on 20 March, he brought out a small receipt book in lieu of an invoice. I told him I didn't need a receipt as I already had my proof of payment from my cancelled check from the bank! He then told me I owed him $35.00. He said he repaired 2-sprinkler heads plus cemented the leaking pipe segments. If/when he repaired the 2-sprinkler heads; it was without my knowledge or authorization, which I told him, as I wasn't even home that day! I also told him he was greedy and charged too much and did too little! He then asked me whether I wanted him to remove the 2-sprinkler heads? I told him I didn't want to do business with him anymore and went in the house. I contacted him last and left a voice mail message on 17 April 2014, but he did not return my call. We do not work well together. For the very first time after his sprinkler install/repair, I tried to turn on TWO of the three hose bibs in the back yard, but there was no water supply in either. The one originally had a hose bib with a "triple" connection, but he claimed it was leaking and replaced it with a "single" connection hose bib..?? In the front courtyard area, there are 2-sprinkler heads and drip system, which he did not connect or troubleshoot! It was necessary for Michael Lopez to come back numerous times to correct problems with his work. He never completed all of the work he was paid to do! Now, I have to hire another contractor to properly troubleshoot and repair inferior and/or unfinished work I already paid Green and Clean Landscaping to perform. I have found Michael Lopez of Green and Clean Landscaping to be sadly lacking in running a business in a customary professional manner. While he has a Contractor License and is a member of Angie's List, BBB, Red Beacon and Facebook, he is professional in appearances only. He runs a rag-tag outfit of day workers, failing to have the ability to communicate adequately and unable to provide a printed business invoice, including business name, address, phone number and email address with detailed description of work performed. A professional Landscape Contractor was here on Tuesday 06 May 2014 to provide an estimate for landscape and troubleshoot sprinkler system. He took photo of hanging and exposed wiring. It was confirmed to me that the repairs I paid for were grossly inflated, amateur, incomplete, and inoperable. Small plant area requiring 5-7 minutes watering time was connected to the same valve system to water the largest area of grass/plants for 30-minutes. As a result, the small area would flood the patio and surround. All of the valves are not connected to a water supply. This contractor said, "I hate to tell you this, but you were really taken." Since filing my complaint, I have not had any further contact with Green and Clean Landscaping.

Wonderful service. When I contacted them they immediately came out and gave me a fair estimate and then started the work right away. They were fast but thorough. My yard has never looked better and I will be contacting them in the future. I highly recommend Green and Clean.

DESCRIPTION OF WORK
Replaced sod in backyard, moved sprinklers and added sprinklers, cleared drains for backyard, removed tree stump, trimmed all trees and bushes, added mulch to the front and back