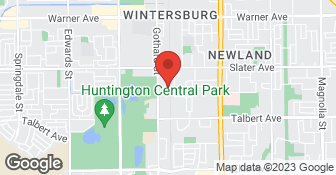 Providing services for all your roofing needs....

Our company invites you to experience prompt service and superior attention to detail. With over 12 years of experience our customer satisfaction is our top priority! We will earn your trust for a lifetime. We believe in making all clients repeat clients. You can be assured you're in good with our company working on your home improvement project. If you are looking for a contractor that follows business practices such as promptly returning phone calls, arriving on time for appointments and following through on promises then call our reputable company today.

Very responsive to both the estimate and the work. While living estimate noted a detached roof shingle in a separate part of the roof and replaced it without cost. Estimate was to replace 4" vent flashing and reseal vent and pipe flashing and cleanup.

About two years ago I used Absolute on a significant roof repair. I have a valley with metal sheathing that was not replaced when the former owners roofed, so it was decrepit. I was given two options -- to replace or to repair. I chose the latter and the problem was solved. This time with the more recent heavy rains, I had additional leaks. The vent pipes needed resealing. Even though this was a s...

DESCRIPTION OF WORK
I have had two jobs, both repairs to leaky roof.

I am completely dissatisfied and don't believe they made the repairs or made them correctly. I don't think they contacted me the way they were supposed to before they came out either time. The first time that they did come out to do the work they were on the roof when my daughter came home. They continued using the old tiles. When the rains came the past couple weeks, you could see that they had n...

DESCRIPTION OF WORK
Roof repair work on pitched roof in front of the house.

We did the work as originally proposed. after the first repair was completed they discovered more leaks on their very, very old tile roof and wanted us to repair those new leaks that was in new locations for the same price. We had recommended to do a total re-roof from the beginning and had informed them that any repair attempts would not be under any warranty since the whole roof should be re-roo...
A

Dave was the estimator and his crew came on time to complete the work as agreed. The work was done fine but by the end of the job and also end of day, the crew did not clean up very well. I had roof tile pieces and debris all over around the house. It took me quite awhile to clean up. I'd mentioned this to Dave and he immediately asked if he can send the same crew back tomorrow to clean up, but I'...

DESCRIPTION OF WORK
Replaced all roof ridges on a 2-story home.

We interviewed and got bids from several roofing companies. We chose Absolut Roofing (Hogan Hammarstrom) because: 1. They were the most flexible as to what they would do. For example, they (as every roofing company) had recommendations as to which materials to use; however, when we mentioned that we might want to use a different material, Hogan honestly gave us his professional opinion of the bene...

DESCRIPTION OF WORK
We contracted with Absolut Roofing to do a complete re-roofing of the existing pitched/shake portions of our roof (our roof also has a flat portion, which did not require re-roofing). We also had Absolut replace one of the original barge rafter beams, as it was damaged and twisted (we were told by a structural engineer that this was because it was too green to use when it was originally placed in the '70s when the house was built). In addition to the re-roofing, we also asked Absolut to install new, R-30 insulation in our attic.