Roofing
Lawn Mower & Power Tool Repair
Insulation
Auto Tires
Appliance Repair
Kitchen and Bath Remodeling
Garage Doors
Licensing
All statements concerning insurance, licenses, and bonds are informational only, and are self-reported. Since insurance, licenses and bonds can expire and can be cancelled, homeowners should always check such information for themselves. To find more licensing information for your state, visit our Find Licensing Requirements page.
Business Details 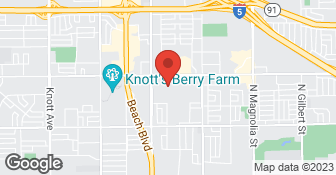 We believe if we treat people with honesty and integrity, relationships with customers will follow. Our culture of transparency and forthrightness is central to who our company is and what to expect from our team. The company's culture is not just something that we say online. We have a process and mission statement for keeping the culture in place. It’s a living, breathing philosophy based on timeless principles. No one is perfect although we strive for perfect, and if we ever make a mistake we will own it and take responsibility for it.

Sears Garage Doors is family owned and operated. Being local allows us to keep the small town feel and build relationships with our customers, because they are not just a number. We have roots here. We aren't going anywhere. Our kids go to the same schools, we shop at the same stores, we drive the same freeways. We are a part of your community. All of our technicians are background checked and meet the high standards of Sears. They have certified training and great communication skills. We offer a full complement of garage door services, including garage door and opener repairs, garage door installations, and a wide selection of affordable garage doors and garage door openers with the latest technology. We know you have many choices. We would love the opportunity to earn your business.

I went through Sears so I didn't have to go through contractor hell. I had insulation blown in and when they did the insulation they jarred my air conditioning unit and now they won't man up and fix it. Now I have serious water damage in my pantry. Oh, we'll send somebody out in 48 to 72 hours. They sent somebody out but it was the same two guys that caused the damage in the first place. It was qu...

DESCRIPTION OF WORK
I had a new roof put on the last couple of weeks and I went through Sears.

Ordered a water heater. Was delivered and installed.

DESCRIPTION OF WORK
Water Heater. Promised same day service if ordered by 10:00 AM. Attempted to place order online at 7:30 AM. Could not. Contacted Sears via toll-free line. Requested the basic 50 gal. Model. Told Sears could not sell that model. Lie. (Installer later said he often installed this model.) Must upgrade to inteermediate model (extra $200+). Rep goes offline to complete order and arrange for delivery. Rep says, so sorry but they have no intermediate models in stock in my area...but if I upgrade to their highest grade water heater, I could have it that day. So I agreed. Then we were to wait for a call. Finally at 2:00 PM, called Sears again. Told I had not ordered early enough. Lie. Then told Sears had not transmitted order on time. Then told delivery would be the next day. Lie. Long story short, took them 4 days to deliver. AND I was up sold twice... Installer confirmed them had basic and inter models in stock. AND I had to decline extended warranty plan 3 times (the first time the rep had 'automatically' added it to my order!) Called Sears customer service. No satisfaction, really. Increased cost! 4 days off work waiting for the thing. Would not have been so bad but b/c w/h broke, and had to turn water off at street, we had no water in the house! Refrigerator just went out. Guess what store we did not go to!