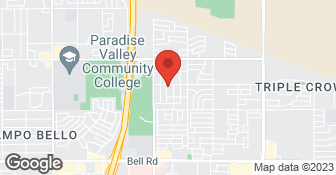 Tree Pros is a full service tree care company. We employ ISA Certified Arborists and our crews work exclusively on trees and are trained to the latest ANSI and TCIA standards. Tree Pros has been in business since 2006 and services over 35,000 residential and commercial customers .

We guarantee your satisfaction, and we won’t leave until the job is done right. Call or click to schedule a free estimate today!

We take great pride in our extreme professionalism, timeliness and superior customer service on every job. We develop lasting relationship so that the next time service is needed there is no question on who to call. Satisfaction is guaranteed! Call us today! Tree removal, Tree trimming, Thinning, Palm removal, Palm Trimming, stump grinding, lot clearing, clean outs,

I was impressed with Bill Weatherill and his company. I started out calling the companies that had an A rating and loads of reviews, but I was told it would be 6 to 7 weeks before the work could be done. I then called smaller companies, also with A ratings and I am so glad I did. Bill was the only company in that category that returned my call. He also provided prompt (same week) and great service...

Bill and his crew did a very good job on removing a large palm tree.  He easily accommodated a last minute request change from trimming to removing the tree.   He was flexible to take a small job without a high minimum cost requirement  compared to other tree services. They were quick, efficient, and clean.

DESCRIPTION OF WORK
The owner of Tree Time Design came to my house within 45 minutes of my call to him. He had a 3 man crew and removed our two 20 foot Mexican Palm Trees in less than 1 hour. We did not want the trees anymore because of the high cost of their maintenance. Bill, the owner, was professional and very nice to work with. The two huge trees were cut down below the rock line and did not need stump grinding, all precautions were taken to assure no cracked concrete or damage to other plants in the yard. These guys were really great and had everything removed and the yard blown out so you would never even know those trees were ever there. Wow!

Bill was very responsive to my first contact and soon came out to see the property. A few days later there was an estimate in my inbox, as I'd requested (I knew I might not be home when he came out). I called to schedule the work, but he wasn't sure what day they'd be able to come, being unsure how long their scheduled work would take. He said it might be Friday, but no later than Monday, and that...

DESCRIPTION OF WORK
I have 11 very tall fan palms in the front yard of my duplex. They hadn't been trimmed in two years, so there were lots of dead fronds and debris hanging from all of them. I also had a small (8' or so) palm in the corner of the back yard to be removed, and the stump ground down.

The owner was personable, came to do an esitmate and on the appointed day completed the project in about three hours. The trees looked so much nicer.

DESCRIPTION OF WORK
Two large palo verde trees were trimmed and thinned - hadn't been in at least two years and an ornamental lemon was reshaped - all clean up was done and hauled away.