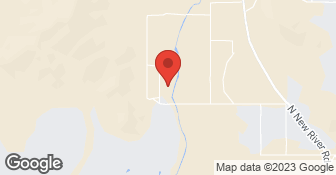 OWNER OPERATED. NO SUBS. COST IS DETERMINED BY THE JOB. NO TRAVEL CHARGE. NO SERVICE CHARGE. NO EXTRA CHARGE FOR AFTER HOURS SERVICE. DO NOT CONTACT THROUGH EMAIL....

Tenants complained about noise--footprints-- in attic. I call Allen animal control and he said the cost would be $290.00 to come out and set traps and $90.00 to remove dead animal if it was a raccoon. Rat traps were set, one on the roof, one on an outside window. None in the attic. After a month and several phone calls to the tenants I was told that the footprints had stopped. (we suspected a cat ...

The main reason I called Joe was for a dead animal smell coming from the attic.  Joe arrived in flip flops and climbed halfway into the attic to look around with a flashlight, and then said "I don't see any evidence of an animal being in here." He then poured some deodorizer into tupperware (that we had to provide) and told us to set it in the room with the bad smell.  He said, "sometimes you just...

I know that Joe Allen worked hard to get a difficult job done, but the loss of a pet is difficult to go through and I wish I had asked better questions and used someone with more cat savvy. The traps could have been covered with blankets to keep them calm, never put outside (stray cats must be confined at all times until they are 12 or so), and most of all the trap should have been securley shut.

DESCRIPTION OF WORK
Allen Animal Control was retained to safely remove 4 stray, but semi-domesticated cats from a house I had vacated. Joe Allen used nets and sticks to run the cats into the Havaheart trap, then transferred two of them to big bins. The other two he left in the Havaheart traps. However, he left the door propped open on one of the traps, then put the trap outside so the cat would not urinate on the carpet. The cat got away and has not been seen since. I am devastated and angry at this grevious loss. Cat lovers put cats before carpet. No viable solution to the loss was offered by Joe, just to accept it as a fact of life.

They were very vigilant in getting this job done, and they were also very prompt. I thought they did a great job. They were prepared with all of the equipment. They did everything I asked them to do. I would hire them again as well.