Gastroenterology - Colon & Rectal Care
Vascular Surgery
General Surgery
Licensing
All statements concerning insurance, licenses, and bonds are informational only, and are self-reported. Since insurance, licenses and bonds can expire and can be cancelled, homeowners should always check such information for themselves. To find more licensing information for your state, visit our Find Licensing Requirements page.
Business Details 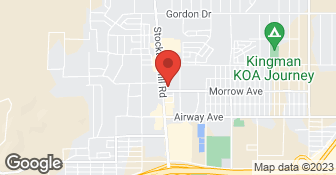 This last surgery led to treatment for Pancreatitus 2 months later. The doctors didn't know how I could have gotten Pancreatitus and it was a long process of diagnosis and treatment. It was finally discovered that I didn't have Pancreatitus, but rather a build up of fluid. A large jar of fluid was drained from my body. I immediately felt relief and was able to leave the hospital that day. I still ...