Drywall
Interior Painting
Plaster
Handyman Services
Licensing
Bonded
Insured
All statements concerning insurance, licenses, and bonds are informational only, and are self-reported. Since insurance, licenses and bonds can expire and can be cancelled, homeowners should always check such information for themselves. To find more licensing information for your state, visit our Find Licensing Requirements page.
Business Details 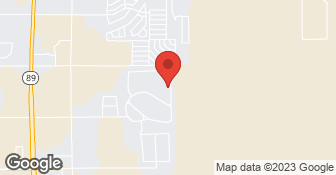 Installing drywall since 1984, specializing in repairing cracks and matching all textures....

Locally owned and operated. We specialize in home renovations of many types, including bathroom and kitchen remodeling, interior & exterior painting, tile, vinyl, laminate flooring, and more!

I have over 20 years of experience in the home repair industry. We offer a wide range of Minor Home Improvements and we know what it takes to get the job done right. ROC331644

Manning's Painting is committed to excellence and craftsmanship all over Prescott area homes and commercial buildings, we are here to serve you. We deliver high quality products and services always at the best price possible, 100% customer satisfaction is our main goal. We understand that a good prep and high quality products will deliver outstanding and long term results. Manning's do NOT believe in cutting corners! Ask about my Angie's List discount!

I had a few small heaters installed in two bathrooms.  These heaters were smaller than the original heaters and the wall had to be patched.  It was a 6 x 10 inch patch and the heating and AC company that installed the units wanted to charge me $300.  I'm a real estate broker and just rehabbed a house in Prescott and know the fair cost to do these jobs. This company was Fair, Professional, responsi...

They were punctual, professional and did a nice job.

DESCRIPTION OF WORK
They repaired some drywall.

Received an estimate August 2012. Response was good, professional, and timely. No complaints here. Put off doing to work until May 2013 so I called and asked if they would honor August 2012 contract. They would honor it but needed to come out again to look at job. I tried to set up a time but was told they had many jobs to do and would call me back the following week. No one ever called back. Rece...

DESCRIPTION OF WORK
Provided an estimate but did not follow up.

Very good communications. On time. Good workers (Ryan and two helpers). Clean. Their quality was excellent. I might have gotten someone else to do it for less, but I liked their quality.

DESCRIPTION OF WORK
Have a large custom house (5,000+ sq ft) built in 1993. Had lots of nail pops and splits in the drywall so I called them in to repairs these, retexture and repaint repaired areas.

I hired Ryan Drywall to repair and paint walls with cracks from settlement when I purchased my home a year ago.Both Men that arrived ON TIME were friendly, poliet, careful workers. They did a great job and took care to protect where they were not painting or spackling.I DO PLAN to HIRE THEM AGAIN as soon as I"m ready to paint the whole outside of the house, and once I decide my colors for inside. ...

DESCRIPTION OF WORK
Settlement cracks in the house were repaired. Touch up painting was done.