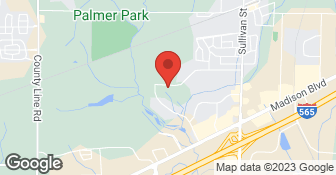 **FREE CONSULTATIONS!**Your one call home repair and remodeling specialist. At Complete we always go that extra mile to give you the honest quality service you would expect for your home. We take a lot of pride in each and every job and each customer gets my main focus throughout the project. The owner is most always on site and works with his help to oversee the project until finish. Most time i do not charge upfront cost which allows my customer to see the quality of our work without the risk. We strive to be a different kinda of construction and remodeling company and try to rebuild trust in our profession one customer at a time. Don't take my word for it talk to the numerous happy customers from our past projects.

We are the North Alabama representitives for the Bona Certified Craftsman program. We sand and finish hardwood flooring using the Bona dust containment system, and are all Bona certified Craftsmen.

I objected to doing the work in the wrong order and was ignored.  So they spent the first 1/2 day sealing the screws first and then came back later to finish putting in the panels.  They only worked two 1/2 days and I was concerned they didn't do a good job.  It was just too fast for the size of the roof and the number of screws that needed to be sealed.  They demanded payment even though I did no...

DESCRIPTION OF WORK
I am building an apartment in my stable.  After paying a 25% deposit and being told it would take 2 to 3 weeks for the roof to be repaired, they failed to show.  At 5 weeks I called and was told the owner forgot about the job.  Someone was sent out who knew nothing about what the contract said or what was to be done.  The job required replacing 4 plastic panels in the back of a large barn with new panels, putting adhesive tape between the edes of the new and existing metal panels, and sealing all srews to make the roof waterproof.  When I signed the contract I was told they would replace the panels first, then finish by sealing all the screws.  They were also supposed to identify any other problems that my make the roof leak - no such problems were identified.  After 6 weeks of waiting I was told the materials hadn't been ordered and that they intended to seal the screws first, then replace the panels.

Contractor was not the cheapest price but seemed to be trustworthy and professional and so I hired him to fix my rotted out chimney and replace vinyl siding with expensive ledge rock on the back deck as well as repair water damage to sheetrock, finish and repaint. When the job was finished it looked pretty good, though not perfect, and I paid him for the work with the security of a 1 year warranty...

They were great. They were on time, worked with my schedule, extremely nice to work with, tidy and left the area very clean. The quality of work is excellent and I am a very picky person. I would hire this company again in a snap.

DESCRIPTION OF WORK
Restored guest bath after hot water heater ruptured due to severe cold weather and leaked, bring down half the ceiling and damaging half the walls. They ripped out the damaged wallboard, replaced and finished through the paint priming stage. I will do the painting as it is a special paint job of stripes. If you see this review under gutter repair and replacement, that is not the correct category. They are home remodeling and construction.

They started later than promised, ordered the wrong materials so job was delayed. The people who give you the estimate and make the promises are not the people who come to do the work. Not as good experience as we had hoped for.

DESCRIPTION OF WORK
WE had a glass patio enclosure put on back of our house.  (I am guessing on the date work was done.  It was after the tornado, but can't remember exactly when it was done)

This appears to be the wrong company. It may be Champion Windows and Doors.
A

They did everything they were suppose to do and stuck to their bid. I also thought they were a little short to their punctuality, which makes sense as there was a high demand due to the tornado.

DESCRIPTION OF WORK
I hired Champion Home Remodeling & Construction to repair roof and gutter damage from the tornado.