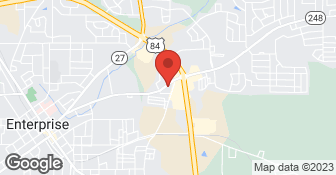 DESCRIPTION OF WORK
I have used this pharmacy for quite some time. The quality of service as well as friendliness used to be awesome. The past few times I have been very disappointed. The care I received has been terrible. My medications have not been ready, I was told they were not called in yet they had been, this has happened twice. The wrong meds were given to me, this has happened three times. The first time I took the meds thinking it was a generice, I got ill, called the pharmacy and was told they dispensed a different kind and I could come get the correct one, this happened three more times, causing me to return to the pharmacy each time. The last time my script read 90 pills, I got only 30, took it back to the pahmarcy and was treated very poorly. No apology, nothing. I waited in line in the drive thru last week for 16 minutes before being waited on watching people that had pulled in behind me get frustrated pull around and be waited on. No apology for keeping me waiting at all. I feel they have gotten too big and too busy and do not offer the service they used to. I do not intened to go back to them, and do hope they can rectify this as they used to be a caring pharmacy, and feel this could cause a real problem for someone not knowledgeable in the medical field, if they were given wrong meds. Thankyou