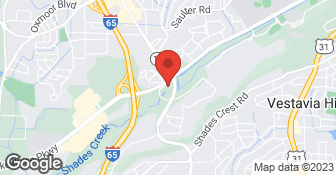 This was the first time I had met Dr. Vaughn, and the first physical I'd had in 15 years. All of the staff was polite and seemed to be mindful of my time without hurrying me. Dr. Vaughn's resident assistant worked with me most of the time, and he was very good. Dr. Vaughn came in after all of the initial checkups and spoke with me. He was willing to listen and give feedback. He communicated well a...

DESCRIPTION OF WORK
I went for a routine physical and exam.

Dr. Vaughn is a caring, thorough physician who spends time with you and is as concerned about you as a person as he is your health. He is always apologetic about and quot;the waitand quot; even when I really didn't have to wait for any length of time at all. Dr. Vaughn stresses the importance of diet and exercise and helps to keep me motivated to take care of myself as I age.

DESCRIPTION OF WORK
Routine physical examination. He has been my primary care physician for over 25 years.

before being called to the triage area. There I was informed that the doctor I was supposed to see would not be in until at least 10:00 a.m. and that because I had no appointment, I might be waiting several more hours to see him. The triage nurse tried to be helpful and arrange for me to see someone very early the next day. However, the receptionist refused to even try to be cooperative and stated...

DESCRIPTION OF WORK
I was seen in the ER the day before the visit and advised to see my regular doctor asap. I was given an appointment time and arrived promptly. About an hour later, I was called to the triage area for weight, temperature and blood pressure, then returned to the waiting room. After another half hour, I asked for an approximate time of service. I was then escorted to a treatment room where I was informed it would be at least another hour and a half before the doctor could see me. When I complained, I was told that the office manager would be in to discuss it with me. It took her thirty minutes to arrive - and I learned she was in her office having a catered lunch provided by the drug reps - five of whom had been allowed back in the treatment area while I waited.She was quite rude and finally offered to refund my co-pay and I left. The next Monday, I saw a cardiologist who again told me that I really needed to see my primary doctor for several issues that had been identified in the ER. I explained that I had tried. He wrote a note to my doctor asking him to see me about this as soon as possible. I also sent an email to the office requesting an appointment. The response was a call telling me I was dismissed as a patient. I explained that I was in need of an appointment asap and the doctor called me back later that day. He went through an elaborate schedule of who he could have see me since he was going on vacation. The agreement was that I would be seen at 7:45 a.m. by one of his associates who would be informed of the situation and see me promptly. I arrived at the office more than an hour early and waited for them to open. My first clue was the rudeness of the clerk who informed me that I didn't have an appointment. I explained that I did. I was then kept waiting more than 30 minutes after the appointment time

Seeing him is a very unique experience. He can be seen by appointment. You have to wait there because when you are with him, he takes time with you. He gives you undivided attention. He is most attentive, passionate, empathetic, committed, and concerned. He has a good reputation in the city. He is truly amazing. I would use him in the future.

DESCRIPTION OF WORK
Dr. Vaughn is my primary care physician. I visited him about a year ago. My wife saw him four months ago.