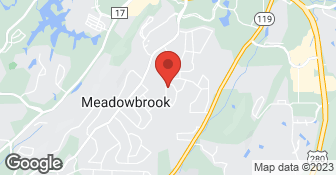 Border's Plumbing is owner operated, over 10 years of personal experience. Featured in several industry publications, spotlighted by the Plumbing News, featured in the Parade of Homes, etc. Cost is determined by the job. No travel charges. Service charges may apply. License: #00782....

WE KNOW PLUMBING AND GAS !! Why choose Coleson Plumbing and Gas as your plumber: Coleson Plumbing and Gas Company is a licensed and insured plumbing and gas company. We have over 80 years combined service experience in plumbing and gas. We are a full line plumbing and gas service company providing repair, installation and maintenance services to homeowners and business owners throughout the Birmingham area. We service all brands of equipment. We are locally owned and operated. We charge by the job not the hour. We are licensed and insured. All of our Plumbers and gas fitters are state certified. We offer upfront pricing. All work is Guaranteed!

With over 20 years of experience, I started my business in 2018 to provide professional yard and irrigation service at affordable prices. Give us a call today and get the most out of your outdoor space!

At Get Premier Green, LLC our passion is to give our clients what they desire in a landscape company. We pride ourselves on our personal attention to each client’s needs and budget. In our services, we work to maintain your properties' beauty for your enjoyment. Through our services and your patronage, we team together to better our community.

How did it go? Horribly. They showed up exactly as promised, and spent about an hour to: 1. Try unsuccessfully to get the camera any farther than 6 ft. (James said this) down the pipe. This was a $185 service. 2. Fail to find the drain clean out. So they arranged to come at 9am the next morning with jackhammer and begin installing a new one for at least $1000, but as much as $15,000 (James said th...

DESCRIPTION OF WORK
Needed the drain cleaned out and pipes roto-rooted. Shockingly, this company was recommended to us and could show up quickly, so we had them out.

I have text to prove this guy is just a disgruntled person. It took three plumbers to finally do his job. I will post text to prove how rude and dishonest this man is just as I sent proof to bibb will be sending to you as well. He finally paid his bill after a month of me asking but dropped the credit card at Mr borders feet smiling. This guy is as obnoxious as they come. We work for his family me...
D

DESCRIPTION OF WORK
They were contracted by my general contractor. They did not finish a job when started. Didn't tell me parts were missing until they were leaving meaning they would have to come back. Told me they HAD TO have parts that turned out to be optional but then spoke of having a warehouse of parts. Though nice people all around, they don't have a great work ethic. What they installed is leaking but I will not call them back out. I'd rather pay more money for another plumber just to ensure it gets done.

first off you provided your own parts its not our reasonability to ensure you have all of your parts ... IF YOU ARE GOING TO PROVIDE YOUR OWN PARTS HAVE THEM THERE FOR THE PLUMBER TO INSTALL ... and these optional parts you speak of were required for your application you "directions in the box "said that it was optional. you needed them for your application so that the water lines would not pull d...
C

He was hear 5 minutes, used MY TOOLS and didn't have change so I ended up paying him $55.00 for nothing. This overall experience is why I used Angies list in the first place. Oh,. and I had to join Angie's List and pay $25.00 just to get this plumbers info. So, I am out $80.00 and have the same problem. This is not going to make my wife happy on Valentines day. Sorry Honey.

DESCRIPTION OF WORK
I called them to come out and see why the Brand New Faucet that I installed my self was leaking. He looked at it and told me the faucet was leaking and that my best bet would be to buy another new one but get a Delta. It took him all of 5 minutes to get this info to me then he charged me $50.00 for gas. I was very disappointed in this considering he really didn't tell me anything I didn't already know. When I asked how much it would be if I bought a new faucet and had him come out and install it; I was told $75.00 to install. Again, I was disappointed in the fact that the $50.00 I had already paid him would not go towards the install of a new one that I bought myself.

Do you really expect me to diagnose a leaking faucet over the phone.... And do you expect me to drive to your house for free and tell you that your cheap faucet you bought didn't work... $50 will not even cover my cost to get out there.. I am sorry you feel wronged but I have costs to cover.. next time bring your faucet to me and i'll look at it for free
A

It went pretty good overall. Brian was awesome and will definitely ask for him again whenever I have another problem. The only real complaint I have is that when running the new pipe, it was necessary to remove some of a sidewalk beside my house. When the new concrete was laid to replace the section that had been removed, it was very sloppy. When Brian came back out to finish up a couple little th...

DESCRIPTION OF WORK
I had a leak occur under the slab of my house. After some preliminary exploring, Brian determined that it would be more cost effective and less damaging to the house if we rerouted the main water supply line. This ended up being a great idea and solution. They guys from Borders Plumbing did all the excavation to lay the new pipe and then made all the connections into the house and to the water main.